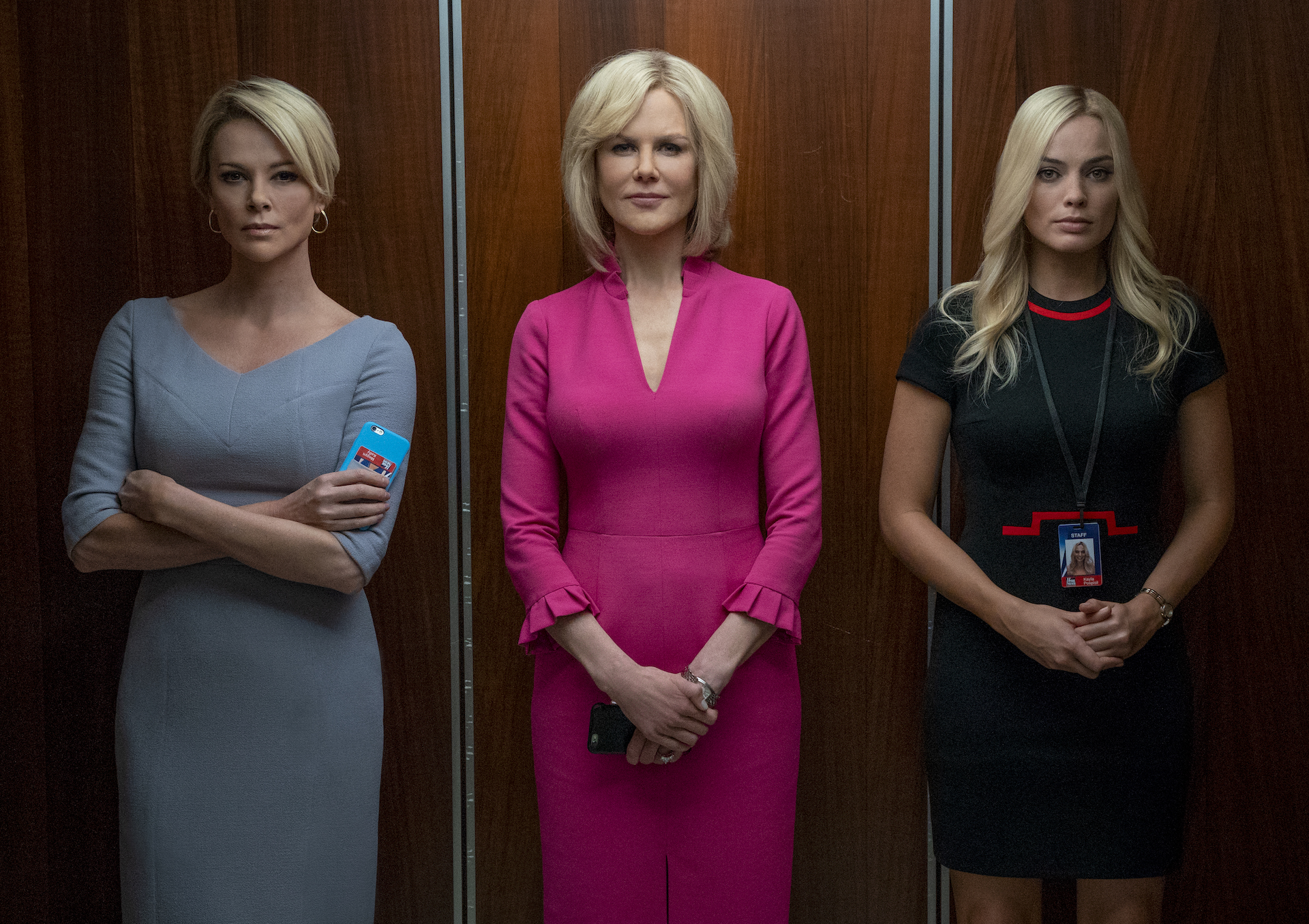 The amazing ripped-from-the-headlines film Bombshell tells the story of the women of took down Fox News CEO Roger Ailes (John Lithgow), specifically Gretchen Carlson (Nicole Kidman) and Megyn Kelly (Charlize Theron), after gross accusations of sexual harassment and assault. Margot Robbie plays Kayla, a fictional character that’s an amalgam of real women who were caught up in the abuse.

The film is directed by Jay Roach (Meet the Parents and the Austin Powers franchise) and written by Charles Randolph, who won the Oscar for writing 2015’s The Big Short. I met up with Randolph to ask about tackling a story that had huge cultural implications, managing three protagonists and his advice on dealing with characters who’ve been victims of sexual harassment.

Randolph has an usual background for a filmmaker. After attending Abilene Christian College, he went to Europe to become the self-proclaimed, “James Bond of bibles… I worked for a group that made bibles to be smuggled into Eastern Europe.” Following that, he attended divinity school. It wasn’t until the age of 33 he decided to try screenwriting. He wrote his first script, got an agent and it’s been all systems go ever since.

Though at first glance his religious training may seem unorthodox for a mainstream filmmaker, studying the stories in the bible is a great way to learn storytelling considering the bible has some of the greatest stories of all time. Randolph agrees, saying, “Also the style of storytelling is so unique. The four gospels are very different. Frank Kermode has a lovely book about how the gospel of Mark is a precursor to James Joyce-type modernist narratives because it’s so crazy…The book of Mark itself is elliptical and weird and has crazy asides. It’s like an Adam McKay film in some ways,” he says with a laugh. McKay was the director and co-writer of The Big Short.

Tackling these real-life stories that are cultural earthquakes is incredibly challenging. But Randolph loves complexity. “Complexity will lead you to story moments you wouldn’t find otherwise. If you’re willing to do the work and you’re willing to think big subjects through – I always try to find something that’s really hard and scares me. Once I have that fear, I actually have the adrenaline to actually do something.”

Not unlike smuggling bibles in Eastern Europe, perhaps. 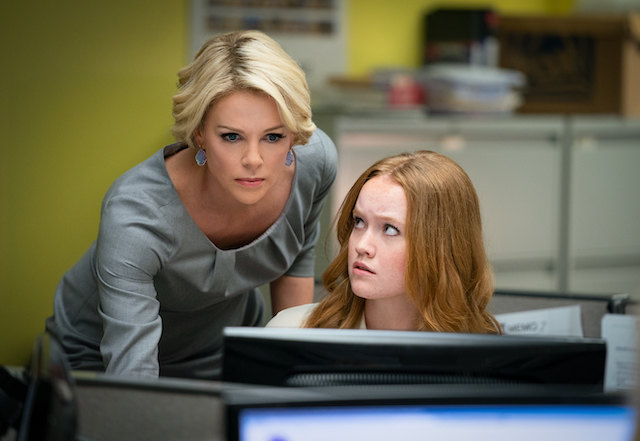 The film Bombshell is also complex for numerous reasons. Partly, says Randolph, “It’s dealing with things that are hot button issues, because it’s dealing with people you don’t think you want to like, because a guy is doing it. There’s all these that make the ideological landscape – the receptive landscape ­­– of this movie complicated and that really excites me.”

It’s also challenging to write, balance and arc three protagonists in a screenplay. I asked Randolph to break down each character. The first problem he had to solve was making people identify with Megyn Kelly. “Some people are going to be really pissed off and some will refuse to even walk into the theater. So how can I parcel out the roles these various women play in the story in a way that is more engaging than normal, but at the same time deals with that fact. So. what happens is, Megyn (Charlize Theron) is our narrative center. She’s our Dante. She’s the figure who we’re inside her head and she takes us through the world.

“Whereas Gretchen (Nicole Kidman) is our moral center. It’s a slightly different point of view. She’s the woman whose moral choices structure the universe. Most people usually come together but they don’t in this film.

“And then there’s this other thing entirely going on and that’s Kayla (Margot Robbie), who’s our emotional center. She’s the one we identity with the most.”

Randolph admits he was often tempted to stray from the personas of real women in the film because, “I don’t agree with them half the time!” He says with a laugh, “They’re complicated people, they’re contradictory people – they’re often wrong, sometimes very brave. But the truth will often take you to places fiction won’t. So, by remaining true to them, their quirks… I think if you were to ask Gretchen Carlson once she sees the film how she feels about it, she would say, ‘Oh, I’m not that quirky.” I refer to her in the script, jokingly, as the queen of the humble brag. I’m sure Gretchen would say that’s not true. But she does have a fascinating Midwestern quality of leading with her achievements.”

Randolph claims the characters he’s writing aren’t exactly them, but a version of them and he admits both Gretchen and Megyn would have a lot to say about how they’re portrayed. But this is a story that needed to be told and now is the right time to tell it.

As more films begin to deal with issues of sexual harassment in the aftermath of the Roger Ailes scandal, Harvey Weinstein and the #MeToo movement (Black Christmas, the upcoming The Assistant, Judy and Punch and Wonder Woman 1984 to name a few), I asked Randolph’s advice for dealing with these issues in a screenplay. 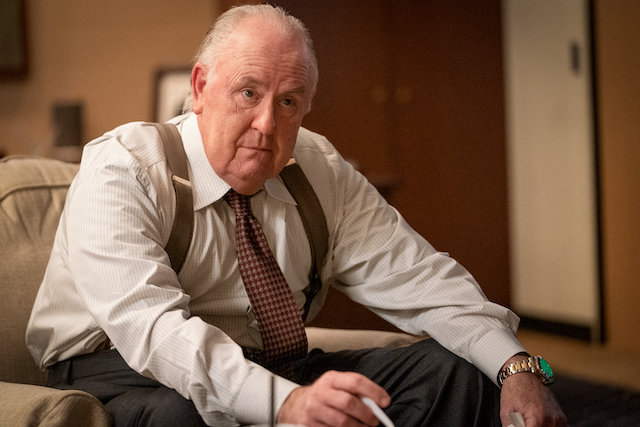 “Give the women agency. Do not fall in the trap of making them noble and passive. Because then they won’t engage us. So, give them agency and complications. Give them qualities that allow the actors to play something different in every scene so they are not forced to mine the same territory again and again. If the characters have agency and quirks and contradictions, they will be fully human in a way that will invite new scenes and give you ideas.”

He also urges writers not to let the characters be limited to their victim status because, “That’s an unfair way to deal with people who are victims but it’s also not a very interesting way.”

The performances in the film are electric. But I would expect nothing less from Kidman, Theron and Robbie. Additionally, John Lithgow as Roger Ailes brings layers and charm to a man who could simply be written off as evil. All the prosthetics help, too.

Randolph’s next project is a biopic about John D. Rockefeller, starring Robert De Niro and directed by David O. Russell.

Bombshell will release in theaters Dec. 20.

'Jumangi: The Next Level' Writers Find Soul of the Sequel