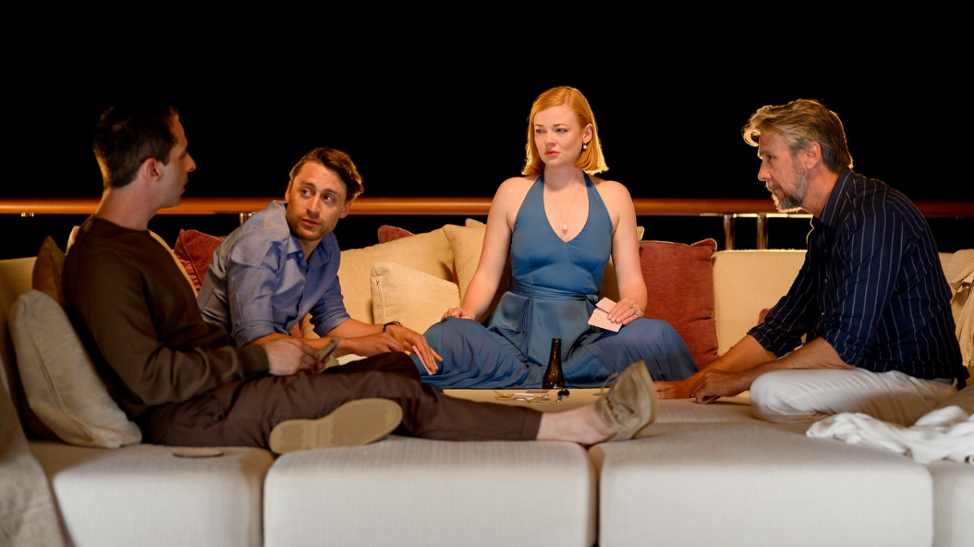 From the “No Context Succession” Twitter account that boasts 45K followers to the Halloween costumes inspired by Kendall’s pin-striped “L-OG” rap jersey, viewers are going wild. Fandom like this is generally reserved for superheroes, space operas, and high fantasy. But a grounded family drama? That’s kind of weird.

Don’t be shy: it’s the kind of weird we’re all hoping happens to us when our own television scripts get made.

I’m not the first person to notice “Succession” bears a striking resemblance to the Bard’s work. Several characters even refer to Shakespeare directly. Maybe the show’s preoccupation with heady Renaissance drama is the reason it’s struck a nerve with viewers. Is the show borrowing Shakespeare’s shine? If so, how can we do that, too?

No. 1 — “[Our father] hath ever but slenderly known himself.”

This is one of my favorite lines in King Lear. It’s spoken by Regan, King Lear’s daughter, as she plans her father’s demise. He’s vulnerable, she argues, because he doesn’t understand himself or anyone around him. It’s his fatal flaw.

The most obvious connection between “Succession” and Shakespeare is King Lear. Logan, like King Lear, is set to divide his wealth among his children. Lear misjudges his children, banishes the one daughter who truly loves him, and dies as a result.

Is Logan misjudging his children? The question keeps cropping up in “Succession.” The last thing Logan tells Kendall in the season 2 finale is “you’re not a killer,” right before Kendall turns on him yet again – only this time, Kendall has receipts. It certainly looks like Logan was wrong.

Lear’s kingdom falls because he’s a bad judge of character. The pleasure of the play is watching his bad judgement ruin him. We get the same pleasure from watching the Roy family self-destruct. Not a single one seems to know themselves or anyone around them. The more they misjudge each other, the more tragedy they create – and viewers are riveted. 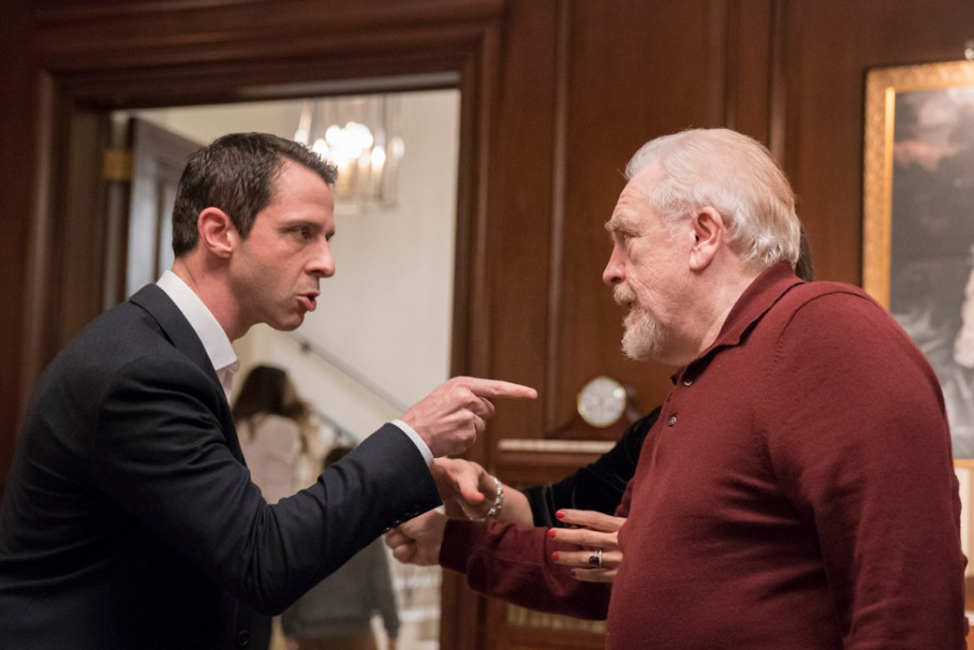 No. 2 — “Thou wouldst be great, art not without ambition, but without the illness should attend it.”

Both “Succession” and Macbeth focus on the nature of ambition. In the lines above, Lady Macbeth worries that her husband won’t be able to murder Duncan and usurp the crown. Her husband is ambitious, but is he a killer?

It’s the same question we keep asking about Kendall. He’s ambitious, but we’re not sure he can take over his father’s company. He keeps failing. Why?

Among his siblings, Kendall is the only one who is remotely decent – and I say this despite the manslaughter, drug abuse, and heinously embarrassing rap performance. Kendall administers his dad’s medicine, he gives Greg an apartment, he cries in Shiv’s arms. He seems to lack the ruthless cruelty – the “illness” – needed to pull off a corporate takeover. In the season 2 finale, it looks like Kendall might’ve rekindled the flame of his ambition, but the question remains: will he be able to end his father’s reign, or will he fail again? Does he have the necessary “illness”?

Ambition destroys both Macbeth and Lady Macbeth. We’ll see what terrible new things it does to Kendall, Roman, and Shiv in season 3. 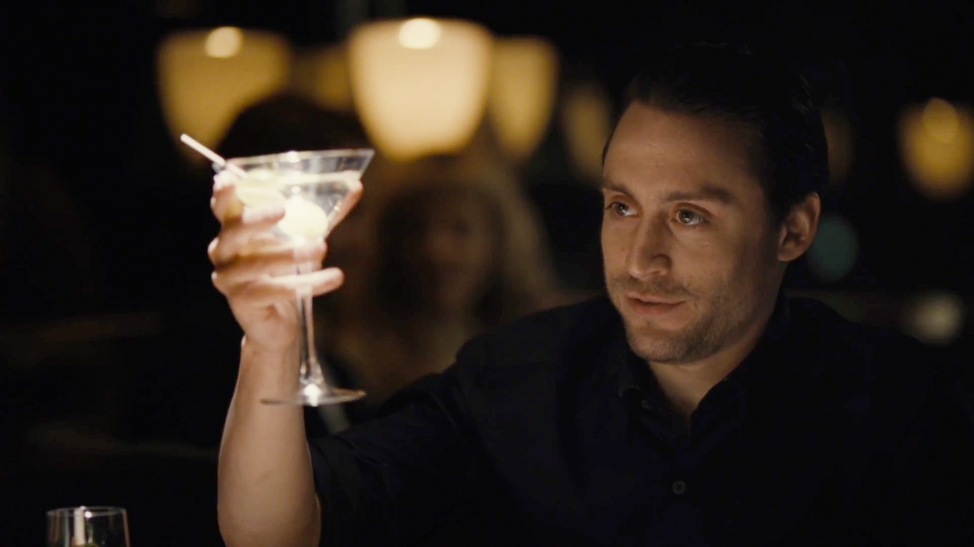 In season 2’s “Tern Haven,” the character Naomi quotes Shakespeare’s Richard II. The play dwells on notions of honor and suggests Richard II’s legacy of misrule triggered the War of the Roses. The ensuing battles cost thousands of lives.

The Roy family is plagued with misrule and dishonor. After the bear hug at Shiv’s wedding, Logan angrily lashes out at Kendall, so Kendall attempts to self-medicate with drugs, which leads Kendall to kill a person accidentally. Kendall refuses to take responsibility for this death, thus losing his honor. For all of season 2, he’s broken by the experience, a walking ghost, his life done. In the season 2 finale, Kendall attempts to regain his honor by destroying his father’s honor with documented proof of misrule, which is offered by Cousin Greg, who wants to protect his own honor after the DC hearings. Around and around they go.

Like the dueling families in Richard II, the Roy family legacy is misrule, dishonor, and strife. Their corruption costs lives, even if there’s “no real person involved.” 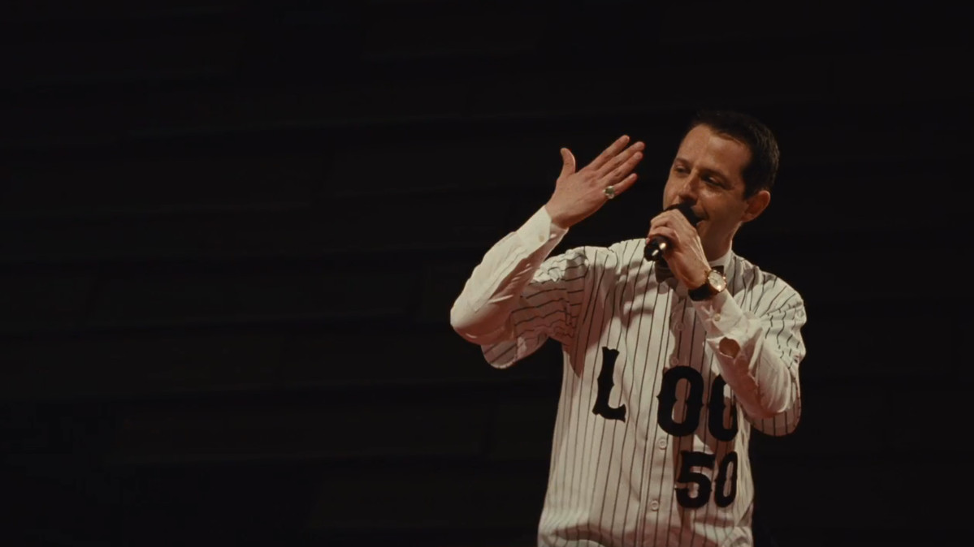 This famous line is spoken by the mischievous Puck in Midsummer Night’s Dream as he watches two couples traipse around the woods at night trying to make the right person fall in love with them. It’s an utterly ridiculous affair, which is exactly what makes it funny.

“Succession” isn’t a comedy per se, but every episode is loaded with savage humor. One of the most cringe-worthy moments: Kendall’s rap performance, in which he extols the virtues of his father in rhyme. It’s absurd – and hilarious.

The absurdity is the point. People do surprising things when they’re desperate for love and desperation is what drives Kendall. His reasoning is entirely emotional in nature. From a writer’s perspective, his rap performance makes sense, because it accurately reflects stranger-than-fiction reality of the human condition.

1 Reply to "Why Are So Many Viewers Obsessed with HBO’s “Succession”? The Answer is (Maybe) Shakespeare"