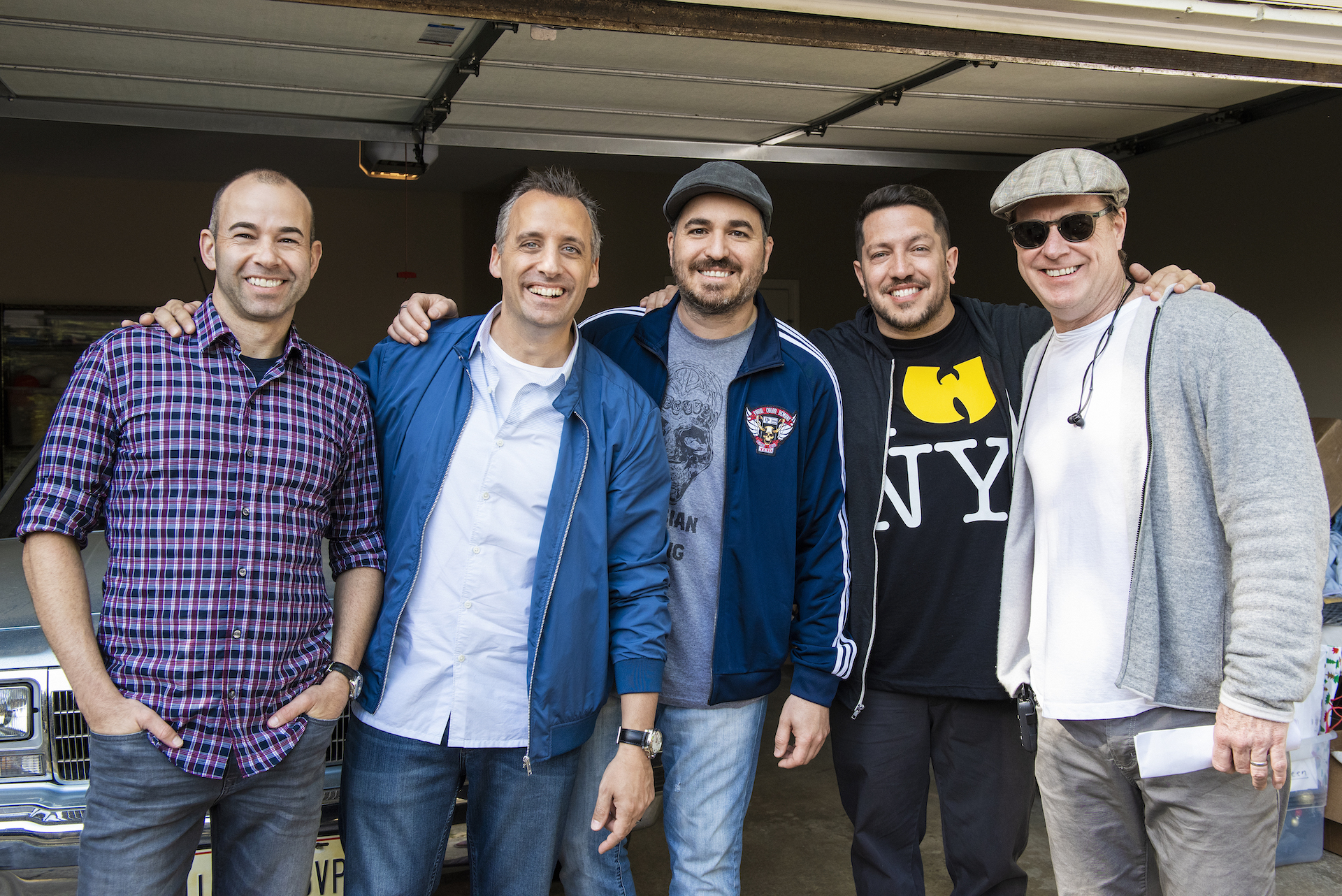 While Chris Henchy isn’t a household name, his comedy films, TV shows and website Funny or Die are substantial comedy touchstones. Entourage, Eastbound and Down, Spin City, Between Two Ferns with Zack Galifianakis, and Life with Bonnie are all shows he either created, wrote, produced or all three. His sitcom I’m with Her was inspired by his own marriage to actress and model, Brooke Shields. His long-time partnership with funny-man Will Ferrell and director Adam McKay has kept Henchy firmly rooted in the world of comedy as they collaborated on such films as Daddy’s Home, Tammy, The Boss and Get Hard.

I met with Henchy early in the morning at the Palihouse in West Hollywood, in an effort to catch him before his busy day promoting his directorial debut film, Impractical Jokers: The Movie, inspired the by the hit hidden camera TV show. If you’re a fan of the TV show, you’ll be glad to know the movie is even funnier and pushes the boundaries of what you see on TV.

Henchy greets me warmly, holding a coffee. He appears to have just rolled out of bed, which is perfect for me. No pretense, no artifice; just a little caffeine.

With his numerous comedy credits, I tell him he’s like a modern-day Hal Roach, the man responsible for Our Gang and Laurel and Hardy starting in the late 1920s. He smiles, tells me I’m way too kind and his large resume is simply a result of him being old. I laugh; it’s this kind of self-deprecating humor I’d expect from a comedy giant like him. For the record, he’s only 55.

Henchy says his interest in comedy started with watching sitcoms as a kid. “I would always look at the credits,” he says. “The announcers would say, ‘Sanford and Son was filmed before a live studio audience.’ That fascinated me. And in the credits, they would list writers. I didn’t know how that worked. Did they write for each person? Or everyone?” 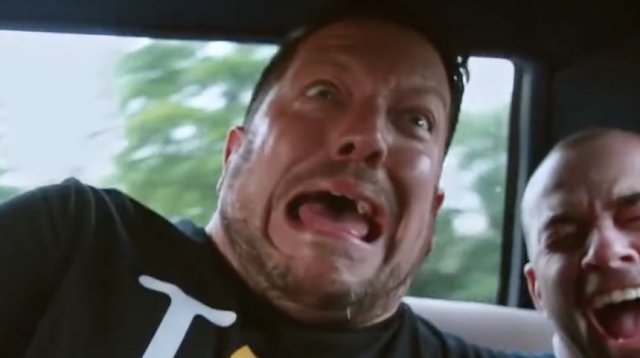 Sal Vulcano on a road trip in ‘The Impractical Jokers: The Movie.’ Credit: Warner Media.

When he was in high school, there was a standup comedy boom and he began to watch late-night talk shows like Johnny Carson, then David Letterman. “It starts shaping your sense of comedy. And then talking with your friends about Saturday Night Live on Mondays. I thought wow, somebody’s doing this.” But Henchy struggled to find the courage to think he could write comedy for a living, too.

“It’s tough to do, to tell your parents you’re going to take your five years of college ­– yes, five years! And kick it away and go try to be a comedy writer.”

But that’s exactly what he did – in stages.

Henchy’s plan was simply to get to New York and immerse himself in the comedy world but not tell anybody. “I would just say I’m going to work on Wall Street.” Which he did for two years, to fulfil the expectations of his family. “It was kind of a bait and switch for a lot of people.” But he recalls a weighty quote from Jay Leno: “It was mostly about standup and this was back in the late ‘80s. Leno said, ‘You’re never going to get anywhere in this business if you have a job paying you $30k a year.’ You’re just not hungry enough. And the only way I do things is to paint myself into a corner so I have only one way out. It was a lot of hard work and some luck, but I got through.”

Get through he did. His first jobs were writing for MTV, then writing monologue jokes for Gary Shandling’s The Larry Sanders Show. That connection would prove crucial later on in a surprising way.

Henchy says he never set out to become producing partners with Will Farrell or Adam McKay, though he loved their work, but he discovered they shared the same manager. As a result, Henchy was asked to be part of a roundtable for a new Scooby-Doo movie to help “punch up the script” a.k.a, add jokes.

“Adam was at SNL at the time and he ran [the Scooby-Doo] room. And then, on top of that, Gary Shandling used to have this amazing basketball game, then somehow, with the help of Judd Apatow, I was able to do that. Then, at one point, I was slightly homeless,” he admits with a laugh. 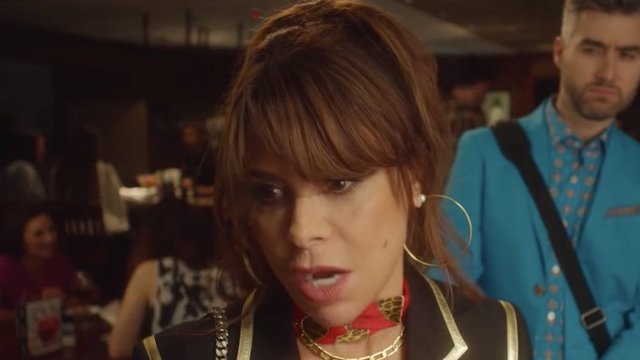 Apparently, his girlfriend at the time kicked him out of the house. Roaming around Los Angeles with all his belongings in his car, he knew he had to do one thing: play basketball with comedy royalty.

“I drove up to Gary’s house in the Hollywood Hills and played basketball. I remember there were rolling blackouts that day and people were sitting around Gary’s house drinking whiskey and smoking cigars. No one knew I had to find a couch to go sleep on.”

It was a good move considering Farrell and McKay also played in that basketball game. When they wrote the script for Elf, they had Henchy join the punch up roundtable for that as well.

Eventually, that lead to executive producing Eastbound and Down with McKay, Farrell and Danny McBride. Henchy calls the experience, “Four seasons of crazy fun. Working with those guys, you get a whole new sense of humor and style, you absorb that.”

But he claims that if it was up to McBride and the show’s other co-creators David Gordon Green and Jody Hill, Eastbound and Down only would have lasted one season.

“The crazy thing with those guys is we did the first season and they said, ‘I think we’re good!’ And we’re like, ‘What?’ They had an ending for the whole series which was only like six episodes. It was slow to catch on at HBO but then all of a sudden, the response to that show was huge. Farrell, McKay and I had to convince them, you know, ‘Leave it open. Don’t kill the guy, let’s keep going.'” 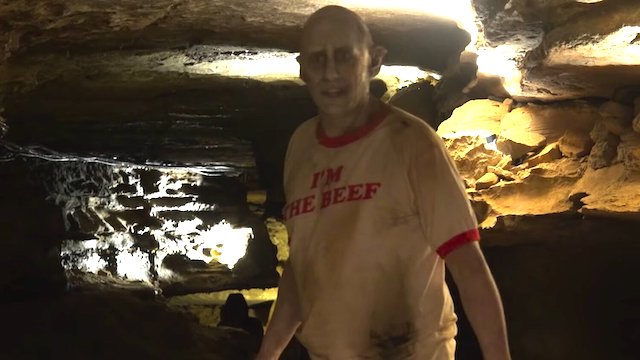 After producing numerous TV shows and movies with Farrell and McKay, Henchy knew it was time for him to branch out and direct his own feature film. “I wanted to start with something small and fun, kind of ease into it.”

By chance, he discovered the hidden camera TV show Impractical Jokers through his daughters. Like many of us, he sat down to watch a sketch or two, but ended up watching an hour and a half. As luck would have it, he got a call two weeks later from his agent, who just so happens to represent the Jokers (Brian Murray, Sal Vulcano, Brian Quinn and Joe Gatto), who said they are interested in Henchy as a director for Impractical Jokers: The Movie. After seeing the Jokers’ live show in Atlanta, “It was like The Beatles showed up,” he accepted the job.

Though working with non-actors and hidden cameras was stressful, he says, “It’s so much fun, all the energy! The only problem is the day goes by so quick. Letting [the Jokers] figure it out and find it — you just want to capture all of that.”

Henchy says carving out a career in comedy is difficult, but the one thing he highly recommends is to find your peer group. “It’s hard to do it alone. Join a comedy club, an improv club – UCB [Upright Citizen’s Brigade], any of these places. Find your group of friends because if you’re sitting at home writing, and you don’t have anyone to share it with to give you criticism, advice or help, it’s tough. It’s lonely. But that’s how you get funnier too, you feed off each other.”

Impractical Jokers: The Movie opens Feb. 21 in 50+ cities, with the plan to extend to more cities in the coming weeks.