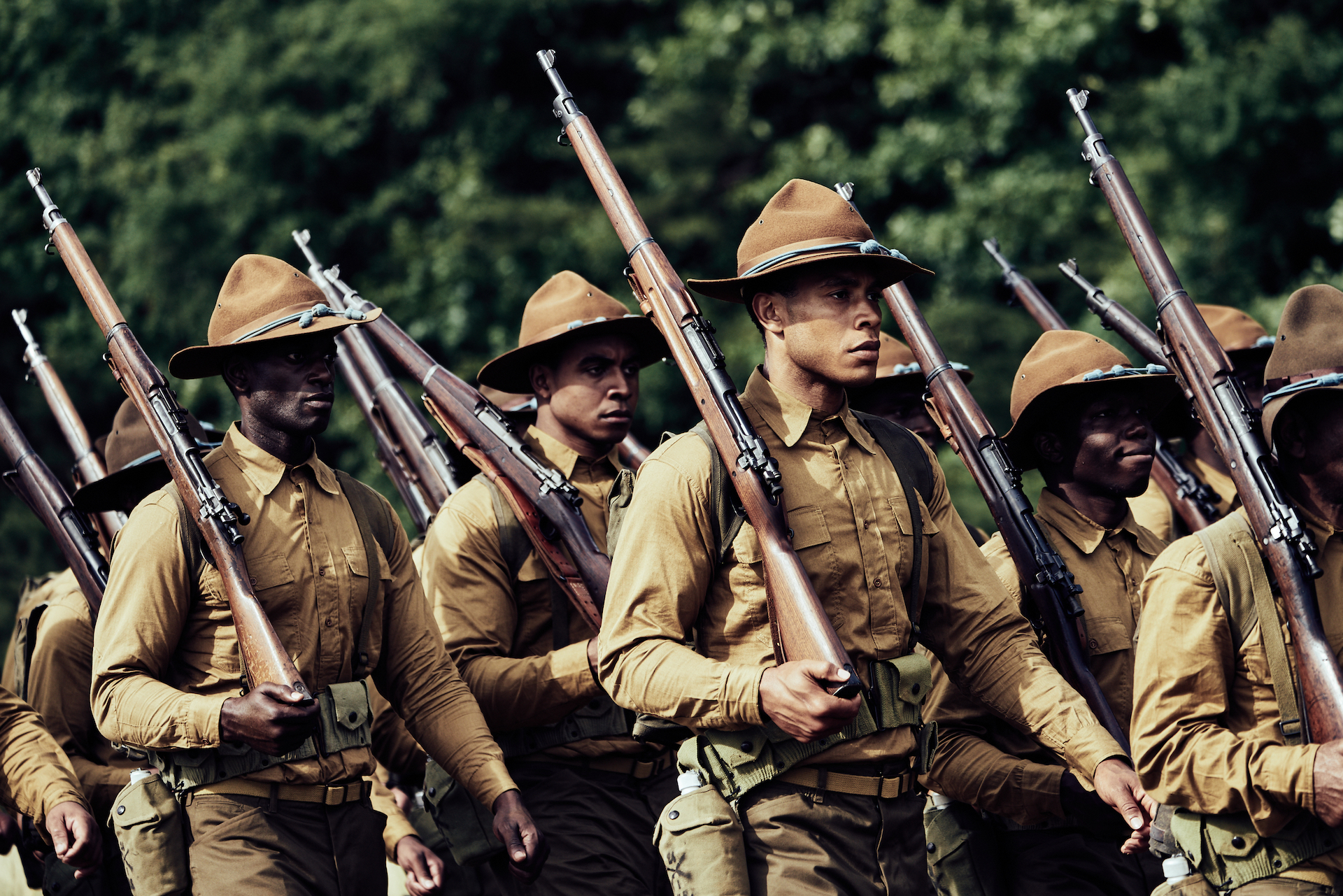 ‘The 24th’ courtesy of Vertical Ent.

The 24th is a powerful film about a piece of American history you won’t find in most history books. Kevin Willmott, who won an Academy Award for co-writing 2018’s Blackkklansman, started the script for The 24th many years ago, but brought in actor/writer (and former student) Trai Byers (Empire) to give the script a fresh take. The result is a character-driven story from over 100 years ago that seems as if it were plucked from today’s headlines.

Set in Texas in 1917 as World War I rages, The 24th centers around young William Boston (Trai Byers), who enlists in the all-Black Twenty-Fourth Infantry Regiment. Boston is the son of abolitionists and was educated at the Sorbonne University in France. But the other Black soldiers in the regiment aren’t impressed by Boston’s European education and tensions between the Boston and the soldiers mount. I asked Willmott to give a little historical context.

“This is a time,” says Willmott, “where you had men like W. E. B. Du Bois, who believed in the ‘Talented Tenth.’ He thought the 10 percent of Black Americans who had been educated should reach back and help the 90 percent in poverty. Du Bois was educated in Berlin. A lot of Blacks who had the financial means went overseas to be educated and more importantly, they also tasted a degree of equality overseas.”

While some Black Americans stayed in Europe to avoid racism, many, like the fictional Boston, chose to come back to America because, according to Byers, “It’s in his blood. It’s his legacy. It’s what my family and my ancestors have fought for and died for, ultimately. Call it a guilt complex, call it a need to be part of the family legacy – it was important enough to him to ask the questions, ‘What am I doing to further my legacy? To further the plight of my people, the people who look like me?’ If you’re nurtured in something so strong, you can’t turn your back on it.” 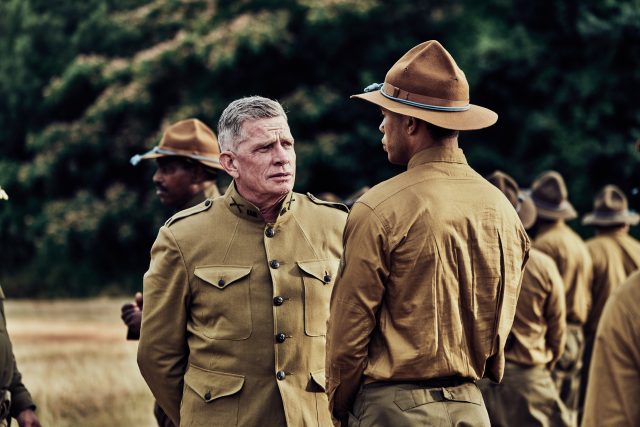 Boston finds an ally in his white troop leader, Col. Norton (Thomas Haden Church), who sees Boston’s potential and tries to steer him toward the officer training program. But, surprisingly, Boston wants to stay where he is, even if it means abuse from the other soldiers. Looking at it from a character perspective, it’s these tough decisions that make Boston a true hero. He’s selfless, courageous and gets called on a journey to fight a war. Only, it isn’t the war in France against the Germans; it’s the race war in America.

After enduring police violence and the murder of an unarmed black man, Boston and the other soldiers start a riot that leads to the biggest murder trial in American history.

Willmott says, this story – and the violence in it – is important because, “It’s the American story. It’s a hidden part of our history that defines us every day. We keep reliving this story, we keep reenacting this story over and over because we have not fully come to acceptance and understanding. The murder of George Floyd is the same thing that happened 103 years earlier in Houston. One bad policeman could destroy a city 103 years ago, rock a nation, the same thing happened this spring. We just keep reliving this story,” he says.

He says people need to know that most of the riots in our country occur because of police misconduct. “This has been a part of our history for over a hundred years. It’s really great right now that multiracial groups are out there protesting and Black Lives Matter has become an accepted – at least corporately accepted – member of a protest now. These things will happen over and over again if we don’t come to terms with why they occur,” says Willmott. 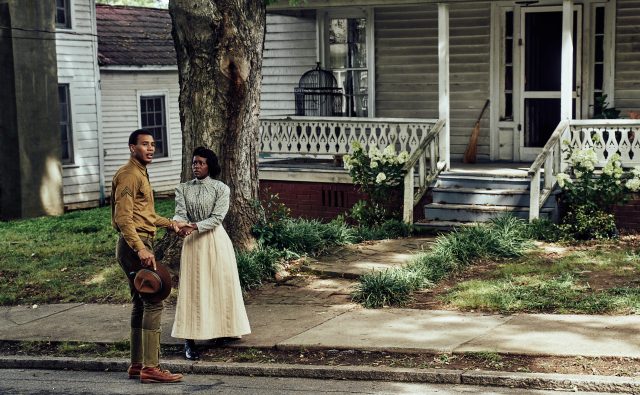 “Dr. King said a riot is the language of the unheard,” says Willmott. “Violence occurs because people are unheard and people feel like they are not going to be heard and eventually they turn to violence,” he says, claiming now is the absolute perfect time to release The 24th.

“You always want to make a film that speaks to the audience, that speaks to the times, that speaks to the nation in some kind of way. It’s not that we were prophetic, or attempting to deal with police misconduct, Trai and I just wanted to tell this important story that people should know about. Because George Floyd’s murder has put a laser focus on this horrible history. Maybe the film will help people understand even more about what’s going on now,” he says.

Byers agrees, adding, “Hopefully, this movie not only sparks conversation but it sparks curiosity.”

The 24th will stream on VOD and Digital August 21.