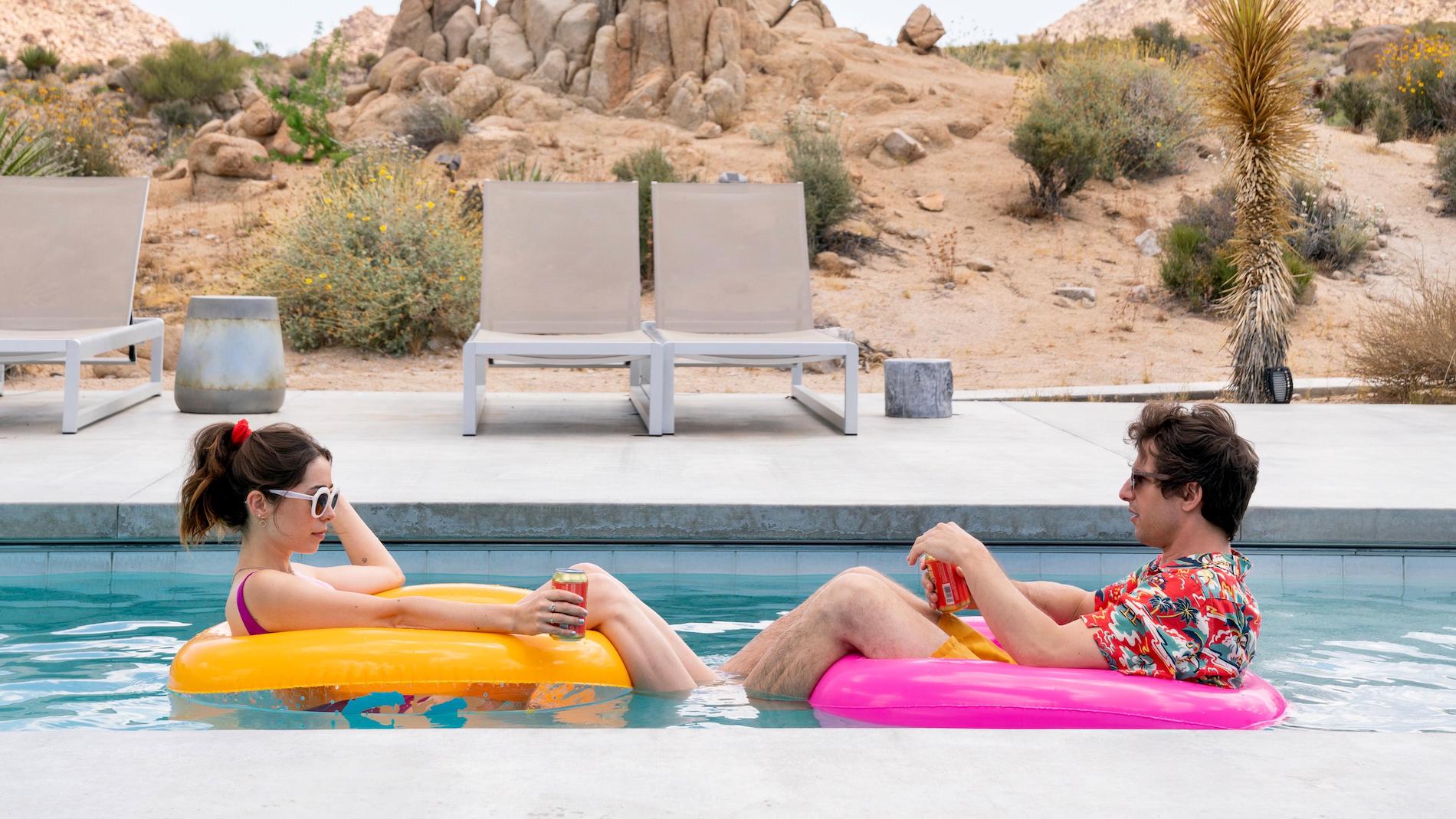 Back in January, when movie theaters were still open and film festivals were being held IRL, the quirky, funny and occasionally exasperating film, Palm Springs, made headlines when it premiered at Sundance after Neon and Hulu paid the highest price ever for a Sundance film: $17,500,000.69. The 69 cents is meant to be a joke but it also pushed the price just slightly over the $17.5 million Fox Searchlight (now Searchlight Pictures) paid for Birth of a Nation in 2016.

Directed by Max Barbakow and written by Andy Siara, Palm Springs focuses on Nyles (Andy Samberg) who goes to a wedding in Palm Springs where he meets Sarah (Cristin Miloti), only to discover they’re stuck in a time loop à la Groundhog Day. The film is half rom-com and half existential nightmare.

Andy Siara generously took the time to chat with me about the film via phone despite working on several projects including being part of a Zoom writers room for a new TV show and having a newborn and 2-year-old at home. His typical day starts at 5:30 a.m. 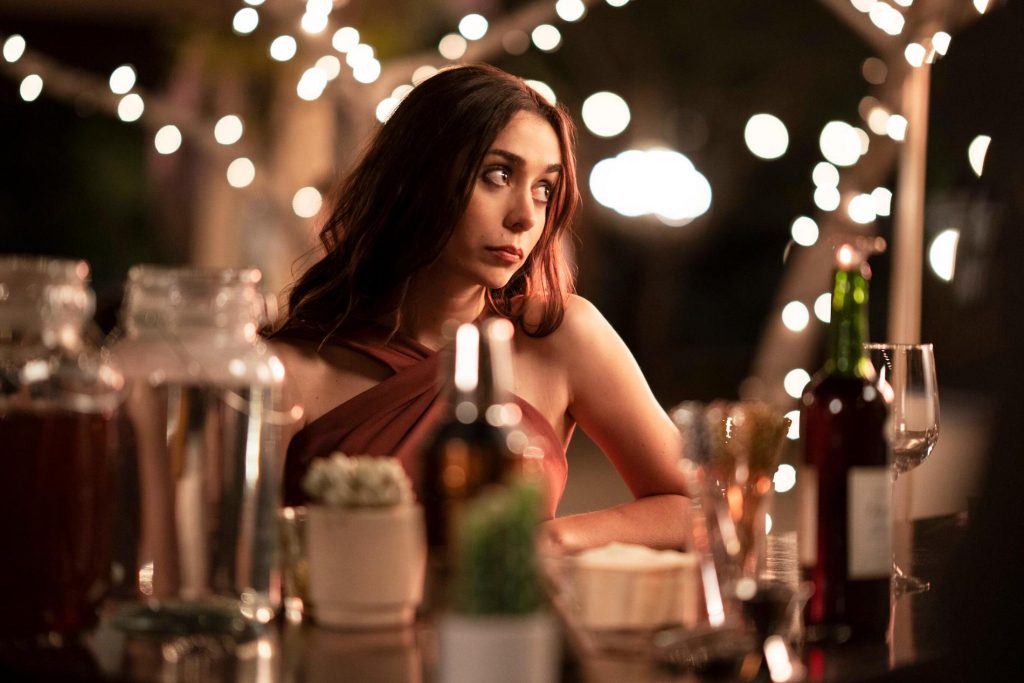 While technically Palm Springs is a rom-com, Siara says he never set out to write in that specific genre. The very first inkling for the film came about when he was in film school at AFI and met director Barbakow. They hit it off and knew they wanted to make a low budget, one-location film together. After the pair spent a “lost weekend” in Palm Springs, Siara says they came up with the seeds of the protagonist Nyles.

“Nyles essentially cares about nothing,” says Siara, “That’s the character’s outlook on life – nothing matters at all. He’s like a high school kid who just read Camus for the first time. I wanted to take a character like that, who looks at life as a meaningless existence, and take them on a journey to finding purpose and meaning in this existence.”

He worked on the screenplay over the next three years, working around his job as a staff writer on the AMC show Lodge 49. “Max [the Palm Springs director] and I would sit together in a room, talk, try to make each other laugh and act like each other’s therapists. We didn’t come up with an outline, we just had a feeling we were chasing. The movies we both love have moments of silly humor and the real emotional gut punches,” says Siara.

The eclectic mix of movies that inspired him included Rachel Getting Married, The Great Beauty, Paris, Texas and Ace Venture: When Nature Calls.

“When Nyles gets shot with an arrow in the leg, in my mind the reference has always been when Ace Ventura is shot in the leg with a dart,” says Siara. 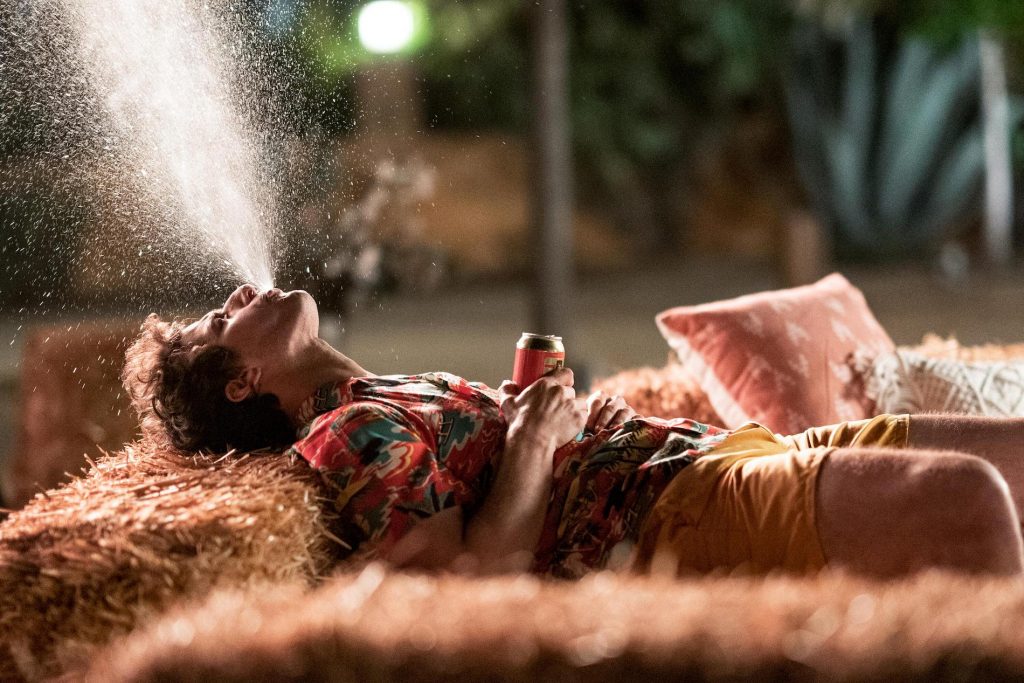 Nyles (Andy Samberg) is stuck in a time loop. (Photo by: Christopher Willard/Hulu)

As a kid of the 90s, he was also inspired by films like Boogie Nights, Magnolia, and Being John Malkovich, drawing from an unconventional mix of genres. “We [he and director Barbakow] never approached it like, ‘Hey, let’s do a rom-com,’ or ‘Let’s do an existential comedy,’ or a thriller or a love story, it was just, ‘We love all these things’ and because we never outlined it at all, we found most of it in the writing and through conversations – it’s a very inefficient way of writing. It took so long!” Siara says with a laugh.

As time went on, his personal life blossomed: Siara got engaged, then married and  had his first daughter. He says these events really influenced his writing. “All these life events started getting injected into the movie. It revealed itself as a love story.”

When that happened, Siara was able to look to other rom-coms for help. “Acknowledging that in its true heart of hearts, there is a rom-com structure there and that helped me solve some narrative problems,” he says.

Siara’s main advice to other writers is to be patient with your career and not compare yourself with your peers whose careers may be on a faster track. “I’m guilty of this. When you’re spiraling, your head begins to fill with crippling self-doubt and that stops you from doing the one thing you can control and the only thing that does matter: that’s the writing itself.”