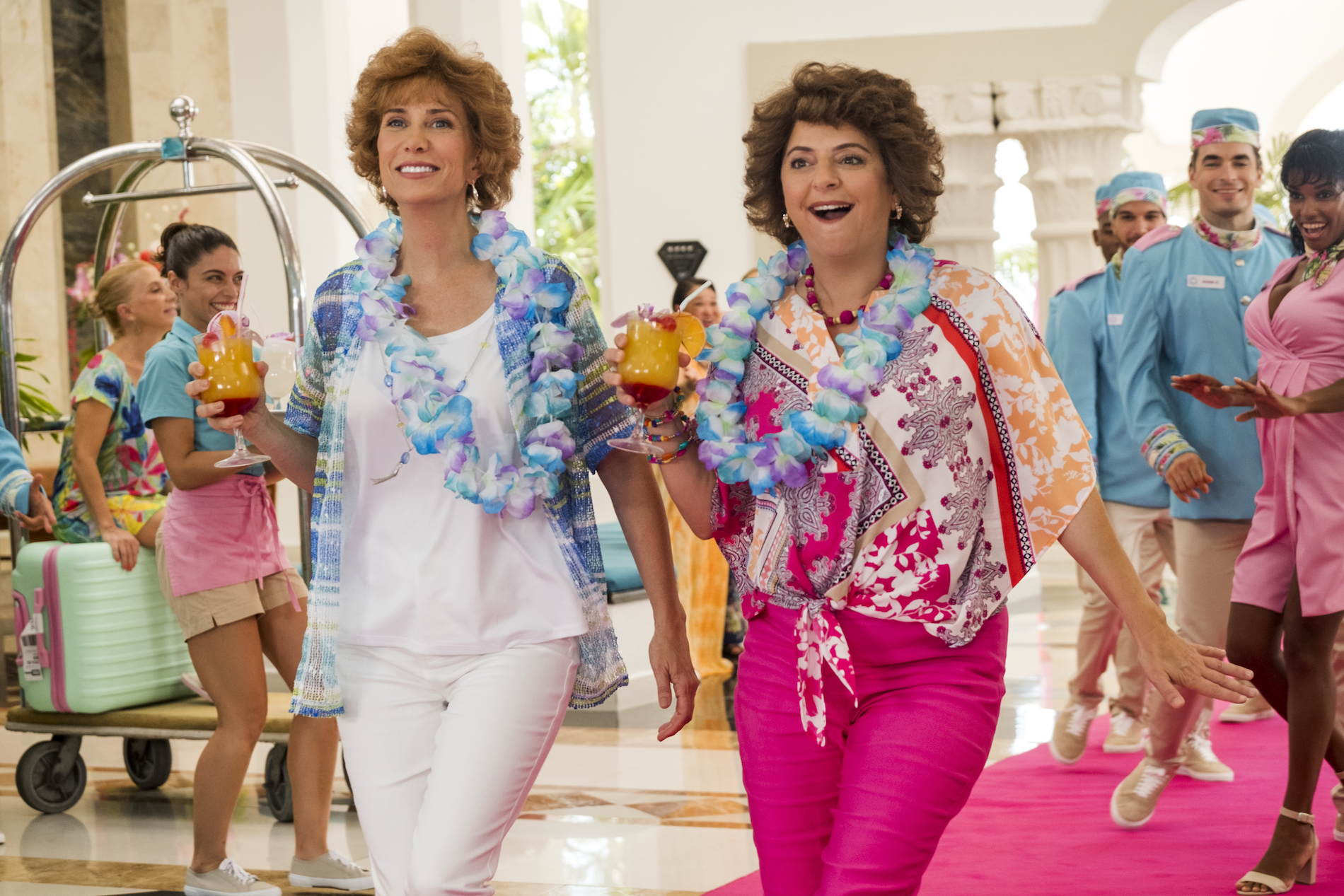 Barb and Star Go to Vista Del Mar, written by and starring Kristen Wiig and Annie Mumolo, is one of the silliest movies you’ll ever see. It’s also one of the most joyful. With bright colors and a sexy Jamie Dornan, watching the movie is like devouring a giant spoonful of marshmallow fluff ­– and it’s exactly what we all need right now.

Barb (Mumolo) and Star (Wiig) are two middle-aged, culottes-clad, single women in need of a bright, beachy adventure. Wiig and Mumolo, who met while studying improv and sketch comedy at The Groundlings in Los Angeles two decades ago, started creating wacky, middle-aged characters way back then.

“We were always attracted to middle aged-characters, even when we were in our early 20s,” says Wiig. “So they’ve always lived in us. And they’ve always tried to make their way out. I always thought, ‘One day, we’re going to write a movie for them,” she said. And they did!

“Now, we’re realizing more and more how much we are like them,” says Mumolo with a laugh.

When working on a screenplay, the writing team have a tried-and-true method: they always develop the characters first and then build out the story from there. This is how most comedic actors with a sketch/improv background work, so I wanted to know more about their process of going from short form to long form. 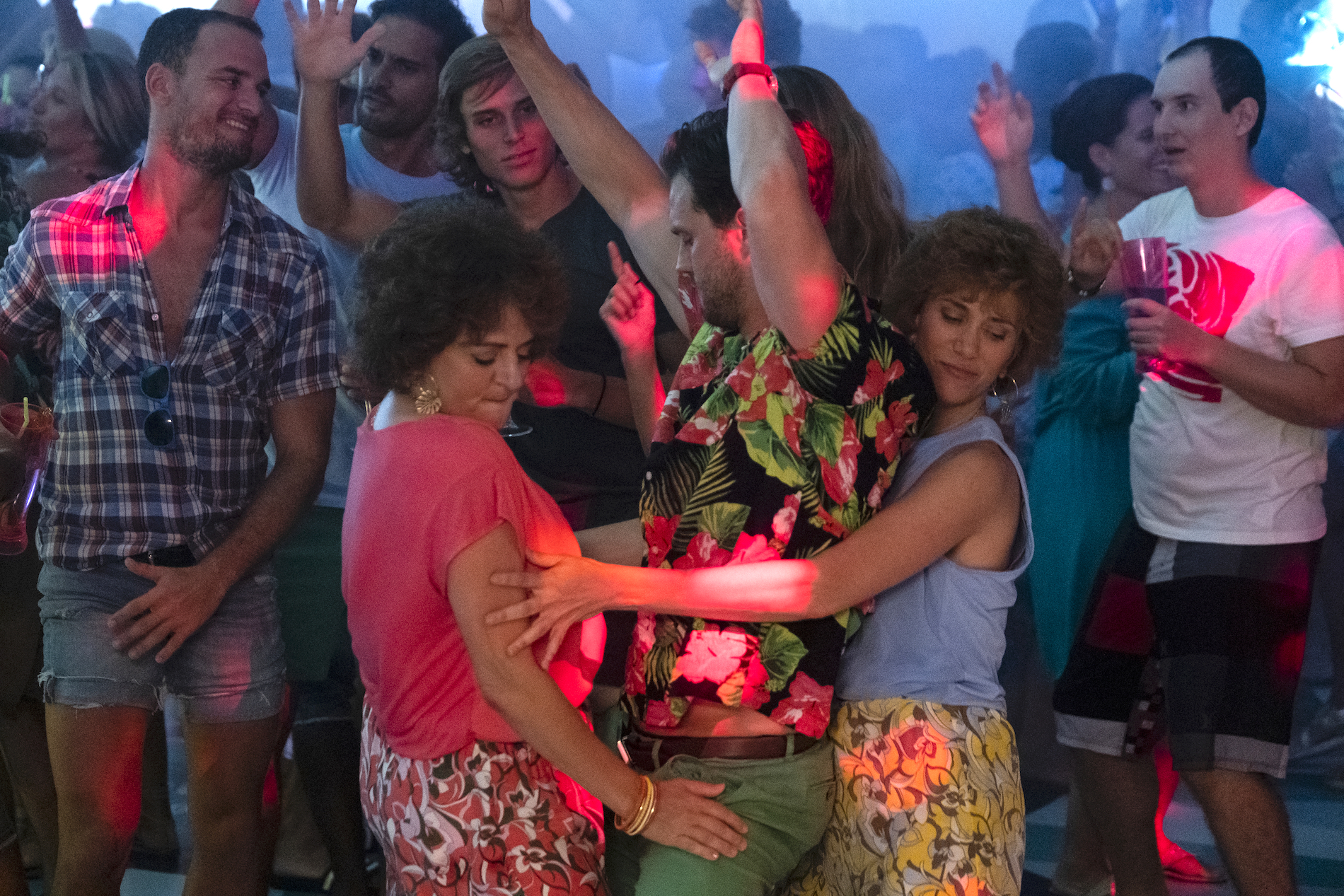 Wiig, who performed on Saturday Night Live from 2005 to 2012, says that her sketch training was really helpful in this specific way:  “The hardest thing to write is always the ending, in a sketch and a movie. Being able to find those little comedic buttons at the end of a sketch is really helpful when you’re writing a movie because it is good to have scenes end on a laugh. You can kind of approach it as a bunch of tiny sketches drawn together, but it’s definitely a lot different. Because Annie and I did so much improv and sketch that when you have the character, it’s just so much easier to write the dialogue, it just flows easier.”

Mumolo agrees, saying, “There’s a rhythm in both comedy and drama, but we’re particularly seeing this in comedy right now, there’s a rhythm and a music to it. With sketches, you’re writing a certain rhythm and in a comedy feature, you’re doing a similar thing, it’s just a lot more of a complex, layered, involved story, but it is a similar musical and rhythmic thing. So much of it is about timing.”

Even with broad characters like Barb and Star, Mumolo says it’s important to think of these characters as real people. “You have to care about them. If you start from a real place with the characters you can go anywhere with them,” she says.

“Through getting notes,” says Wiig, “we really streamlined our scripts by asking ourselves, ‘Does this scene move the story along? Does this go along with our story beats?’ Occasionally in comedy, you can have something that’s just funny, or you hope is funny, but usually the scene needs to push the story forward.”

This is especially important to do if the screenplay is too long. “You say, ‘Do we really need this, what is this scene really doing? And if we want to keep the scene, is there a way to bridge A to C and make it so it can’t get cut because it’s part of the story,” Wiig says. 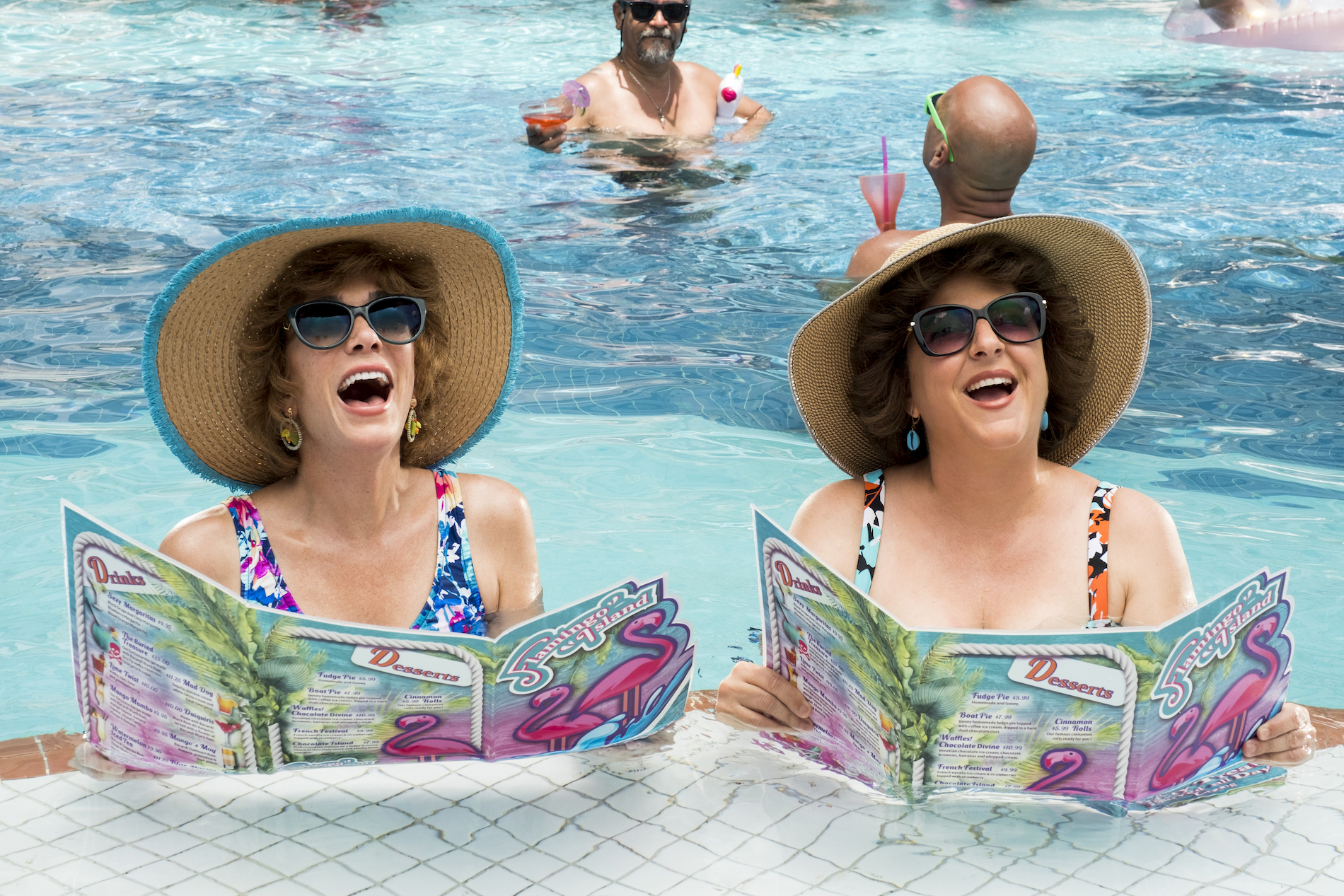 Mumolo says when they wrote Bridesmaids (for which they were both nominated for an Oscar), they gave themselves a crash course in screenwriting by reading Syd Field books and Snyder’s Save the Cat. “Occasionally, if we get lost, we’ll refer back to those books for story structure,” she says.

The writing team doesn’t really follow comedy trends in the marketplace. “Usually,” says Mumolo, “they tell us that what we’re writing is not the trend right now. So we go with our gut and our instincts and just cross our fingers.”

Wiig shared this advice for screenwriters working in comedy: “You have to find that balance between listening to other people and listening to yourself. You are the only one who has your voice and your point of view. Everyone’s going to have a different opinion – which is really hard when you’re writing and maybe get notes from other people. You have to be collaborative, especially if you’re taking notes from the studio or a producer, but I think you should write what you think is funny and what you think is good, not what you think the producer wants to read.”

Mumolo recommends having a writing partner. “What’s normally a very isolating experience becomes a very fun experience with a partner. We can bounce things off each other. When you feel tired the other one picks it up. You help each other with the pacing. For me it’s everything.”

Wiig says she hopes Barb and Star Visit Vista Del Mar will help people, “laugh at something and take your mind off the world. Let the silly part of your brain engage.”

Mumolo likens comedy to medicine and says, “We can all use some medicine right now.”