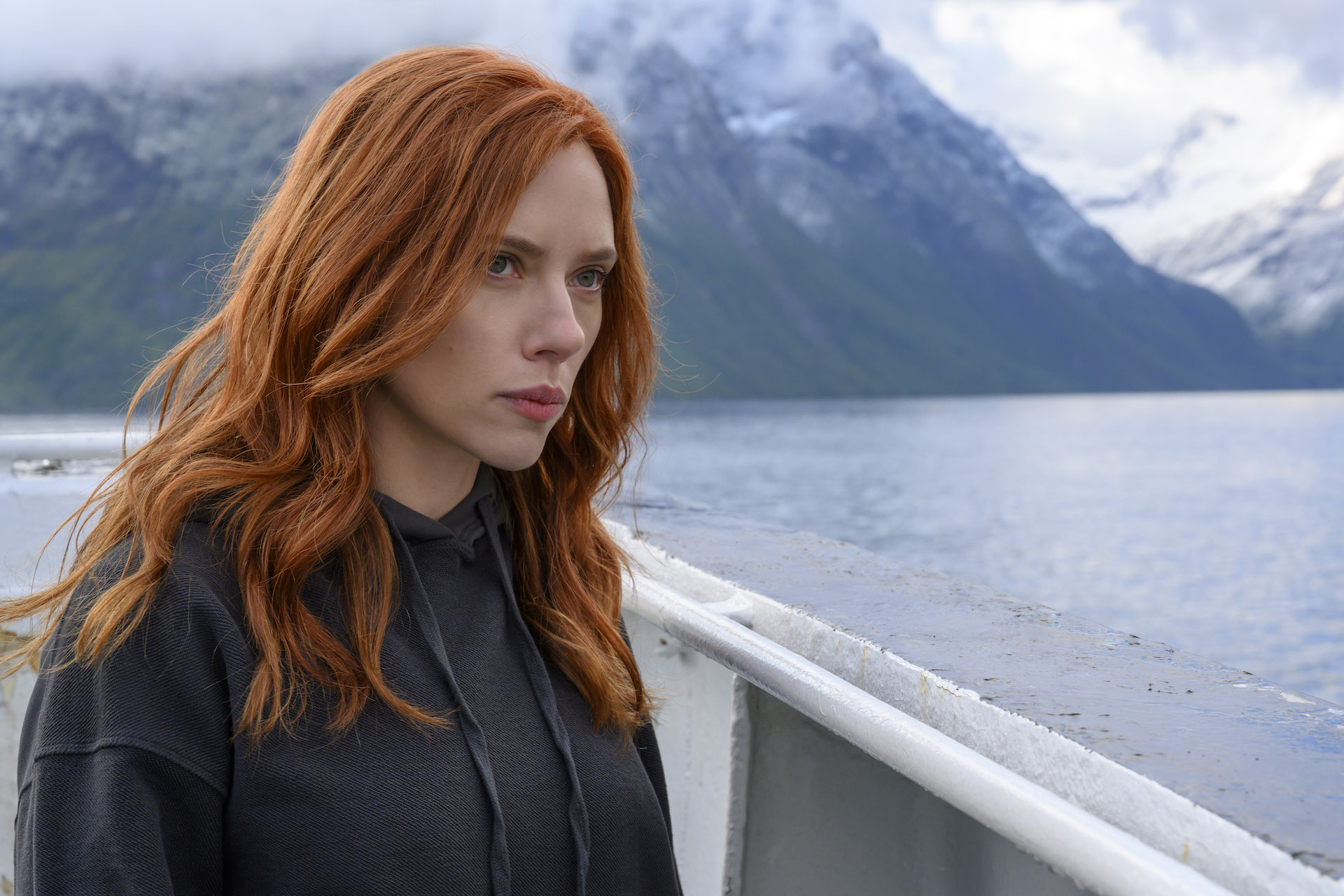 Black Widow Writer on Making the Story an ‘Emotional investigation of Natasha Romanoff.’

There are NO spoilers here for Black Widow, but if you haven’t seen Avengers: Endgame, you’ll want to see it before reading this interview.

Remember summer blockbusters? After nearly a year and a half of dark theaters due to the pandemic, Marvel’s standalone superhero movie, Black Widow, hopes to bring the magic of people sitting together in a dark room, sharing the same cinematic experience, back into our lives. And if any movie can do it, it’s this one. It has star power, mind-blowing action scenes, and – what’s that thing we don’t usually associate with superheroes? Oh, yeah, heart. I spoke with Black Widow screenwriter, Eric Pearson (Thor: Ragnorok), about tackling the Natasha Romanoff side of Black Widow and making her feel like a living, breathing, three-dimensional person.

In the film, Natasha/Black Widow (Scarlett Johansson), has been estranged from the now-fractured Avengers and reluctantly decides to reunite with a group of spies from her past. Those spies, Melina (Rachel Weisz), Alexi/Red Guardian (David Harbour) and Yelena Bolova (Florence Pugh), were once Natasha’s fabricated family, living in suburban Ohio. But that was years ago and the little girl who loved riding her bike around the neighborhood and playing with her younger sister is long gone.

Pearson acknowledges that any superhero movie, “takes a village of super talented people,” all working together to create the best story possible. But the first two people Pearson started collaborating with were the director, Australian Cate Shortland (Berlin Syndrome) and actress/executive producer, Johansson. “They talked a lot about wanting to make the movie more personal,” says Pearson. “Of course, we wanted to have a big villain plot and a lot of action, but as much as possible, make the story an emotional investigation of Natasha Romanoff.”

He says that going personal with the story was kind of a requisite considering the events that occurred in the previous Marvel film, Avengers: Endgame.

Because Natasha Romanoff has been in the MCU for so long,  Pearson wanted to play with expectations and surprise the audience. “Right from the beginning, we wanted it to be something you didn’t expect.”

The movie starts in flashback with Natasha’s “family” in Ohio before they are torn apart. “I thought you wouldn’t expect seeing her as a pre-teen, manic-panic punk in America. Also, we wanted to take her on an emotional journey that would end with her much more at peace. We thought it was important to show a moment where she was at peace before. A moment where, even though she knew she was on a mission and knew this wasn’t her real family, she was a kid and she let herself forget. As far as she knew the Red Room wasn’t going to come calling.” 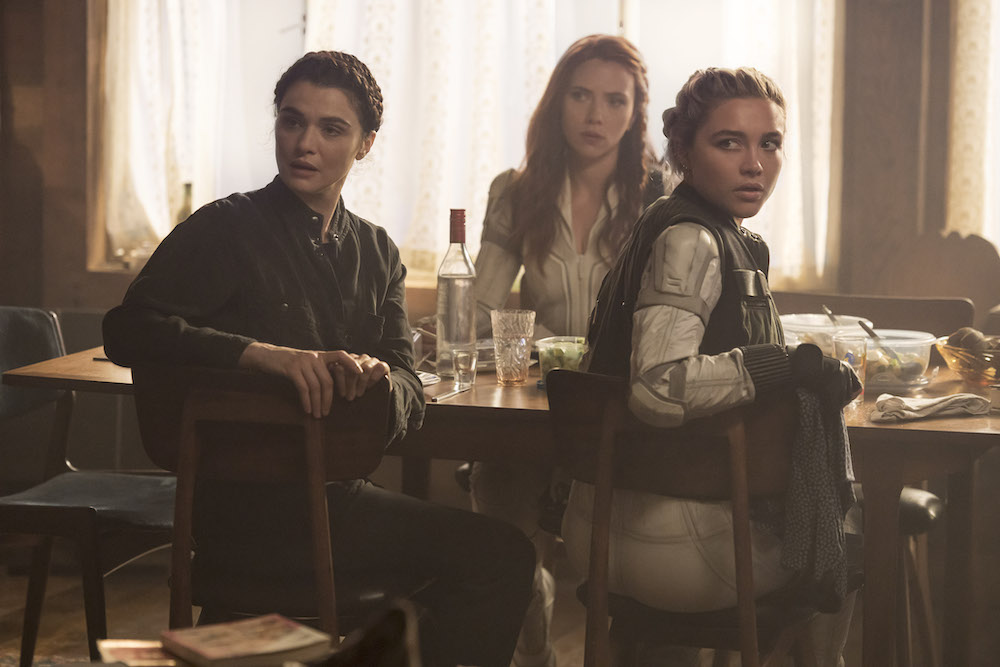 Perhaps the most emotionally compelling scene in the film, however, is when the former family of Natasha, Yelena, Milena and Alexi have a reunion of sorts and hash out the past at the dinner table – just like a real family. This scene is genius for its ability to transcend the superhero world and make these characters feel heartbreakingly real. There’s plenty of emotional pain and blame to go around.

“I wanted this to be a family dinner scene like The Ice Storm or The Big Chill. It should feel like it’s a real family dinner, but the funny thing about it is they’re all wearing superhero costumes. And, yes, they’re having the same kind of connections but instead of, ‘You missed my dance recital,’ it’s, ‘You let them mind control me.’ It’s the same kind of relationships and betrayal, it’s just elevated to a comic book level.”

When it comes to the antagonist, Pearson admits that writing the storyline for General Dreykov (Ray Winstone) was tricky, considering it had to fit in between two other movies in the MCU and had to stay true to those storylines. “We had to create him in a dastardly way that if his villainous plot succeeded, the other films would still make sense.”

When he started working on the character of General Dreykov, “It had already been decided that it would be a pay off of a scene between Loki and Natasha in the original Avengers movie, where he lists all the difficult moments of her life, trying to get a rise out of her.”

I won’t reveal too much about this storyline, just share that Winstone gives a fantastic, menacing performance.

Generally in the third act of an action film, an enormous amount of story points and loose ends must come together in a satisfying way. This was the biggest challenge for Pearson, given that his characters were all scattered about in different locations. “Keeping track of that geography and the dramatic irony of who knew what and when, was very difficult because I’d start to write a scene and remember that Yelena doesn’t know this yet, so she can’t do this. She can’t solve a problem that she doesn’t know is a problem yet, so I have to figure out a way to get her the information before that. Sometimes, it would cascade back and ruin everything.” 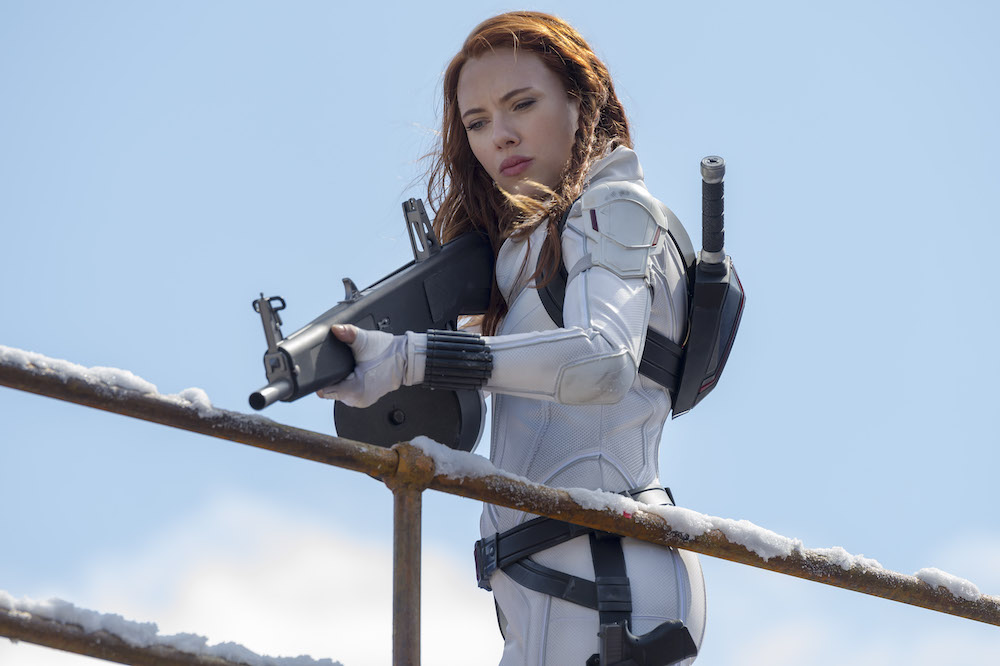 He says he does his best to keep track of events and information in a beat sheet he writes out by hand on a blank piece of paper. “There’s something about writing longhand that works for my brain, so I have a lot of serial killer looking scraps of paper all around with things crossed out.”

Pearson is excited that people finally get to see the film, especially after all the world has gone through over the last year and a half. Though Black Widow didn’t have a proper, red carpet premiere, he was able to attend a “fan event” where people were all dressed up in costumes and super thrilled to see the movie. Pearson loved getting to experience the movie with a small crowd, but even at reduced capacity, being in the theater still felt like being at a, “European football match!” he said.

He’s looking forward to the days when everyone is back together, but didn’t realize how much until he watched a Marvel  promotional video few months ago. “I went to watch it and didn’t think I’d be that affected by it. But then it began with Stan Lee’s voice saying, “I just love being with people.” My heart kind of seized up because it’s different. I also went to see A Quiet Place II in a theater. We’re all supposed to shut up because the monsters can hear you and it’s this communal thing. So getting to see Black Widow with all those fans, it’s very different.”

Pearson has this advice for screenwriters when they are having trouble getting into the minds of their characters. He suggests speaking as them in the first person, out loud. “I’d say, ‘Okay, I’m Natasha now. I’ve lived my life the way I wanted, as an Avenger. What’s the worst thing that could happen? Well, Civil War happened and the Avengers broke up. What’s the worst thing that could happen now as I’m trying to reset my life? All these people from my past that I’ve tried to erase are coming to me, trying to knock down my defenses and my emotional walls. How do I deal with that? Well, I try to stay on mission. I try to be my new self, the self that I want to be. But I can’t control how they make me feel and I’m going to have to turn around and run.’ So by asking in the first person, ‘What’s my biggest threat, my biggest problem,” I find that handy all the time.”

Black Widow is currently playing in theaters and on Disney+ for a premium fee of $29.99.

No Replies to "Black Widow Writer on Making the Story an 'Emotional investigation of Natasha Romanoff.'"