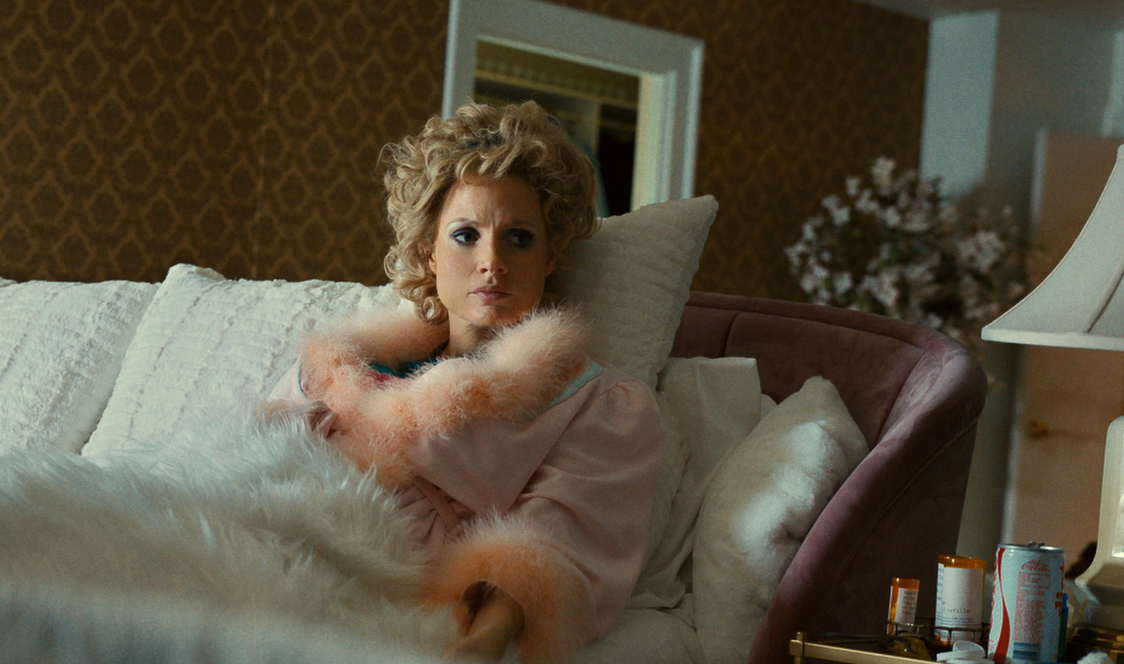 If you lived through the 80s, you no doubt remember the larger-than-life televangelist power couple Jim and Tammy Faye Bakker. Love ‘em or hate ‘em, they were a force of nature. Tammy Faye was known for her clownish makeup and puppet shows; Jim for stealing millions of dollars from his parishioners. Both were mocked by comedians, ridiculed in the tabloids and Bakker eventually served five years in jail for his crimes. Told from Tammy Faye’s point of view, The Eyes of Tammy Faye starring Andrew Garfield as Jim and Jessica Chastain as Tammy Faye, attempts to humanize possibly one of the most misunderstood women ever to feature in the public eye.

As writers, we all know we’re not supposed to judge the characters we write. But the Bakkers? Come on! They’re about the least sympathetic people around…right? WRONG. At least according to screenwriter Abe Sylvia (Dead to Me, Nurse Jackie) whose love and tenderness for the Bakkers seems to make him the perfect writer for the job.

“I find Tammy Faye Bakker incredibly sympathetic!” says Sylvia. “It wasn’t a lot of work for me to come at her from a place of empathy. As a gay man and a gay writer, we often identify with iconoclastic women who are scorned and humiliated in the public eye – yet persevere. There’s a real identification with that which is why she’s so beloved in the gay community. But when you sit down to write, it’s about making a case for every character. You want every character to feel three-dimensional and feel like they are coming from a human place.”

This film is a great example of putting aside one’s cynicism – in addition to one’s judgement – and exploring the human side of the characters. “I put my snark aside because we had already seen the tabloid version of this story and I can’t write characters I don’t love,” said Sylvia.

But don’t mistake Sylvia’s love for the Bakkers for naiveté. “Do I have opinions about their politics and their religion? I certainly do! But that’s not how good writing comes about, you have to make a case for every character – you have to put yourself in their shoes and say, ‘If I was this guy, what would I have done?’ Hopefully, I would have chosen differently in multiple ways!” he says with a laugh, adding, “I’m not sitting here judging them. This is how these people were feeling in these extraordinary circumstances and this is what they did. Take away from it what you will,” he says.

The heart of Tammy Faye

Garfield makes an excellent Jim, but it’s really Jessica Chastain’s physical transformation that is quite shocking. The actress endured an average of four hours in the makeup chair to achieve Tammy Faye’s round cheeks and dimple-less chin, and she’s publicly spoken out about the difficulty of acting with prosthetics.

But despite all the physical enhancements, Chastain again proves her deep talent for getting to the heart of her characters. Sylvia agrees.

“It’s more than an impersonation, it’s an embodiment. It’s not a performance, it’s not a caricature, [Jessical Chastain] creates a living, breathing human being.”

So why did the real Tammy Faye wear all the crazy makeup? Silvia jokingly says he could write a dissertation on the subject. But all jokes aside, it’s something Silvia has thought long and hard about.

“It’s not unlike Dolly Parton,” he says. “She grew up poor and the people who were beautiful to her were the hookers in town with their makeup and hair and spangles. When you grow up in abject poverty the way Tammy Faye Bakker did, sparkly, pretty, pink things are sort of a north star. Even though she was there to spread God’s love, there was a belief that she wasn’t beautiful.”

Sylvia mentions an interview the real Tammy Faye once did with Roseanne Barr where she told Barr she said she feels ugly without it. But Silvia says it was about more than feeling beautiful. “The makeup was her defense shield. That was a little mask between Tammy Faye and the incoming fire,” he says.

Tammy Faye as a trailblazer

One thing they did include was an event that surprised me. Tammy Faye was a huge supporter of the gay community and had Steve Pieters, a gay pastor with AIDS, on her show. I asked Silvia where he thought her compassion for Pieters came from. He said, “If you asked her, it came from God. There’s a sincere conviction there. God gave her a mission. That may not ring true for everyone, but it’s what she believed to be true for herself – so as a writer, I didn’t question that.”

In truth, Tammy Faye was a trailblazer for highlighting the AIDS epidemic at a time when not even mainstream television was doing so. “She was looking at her audience and saying, ‘We need to do better by these people,’” says Silvia.

Marriage as a metaphor 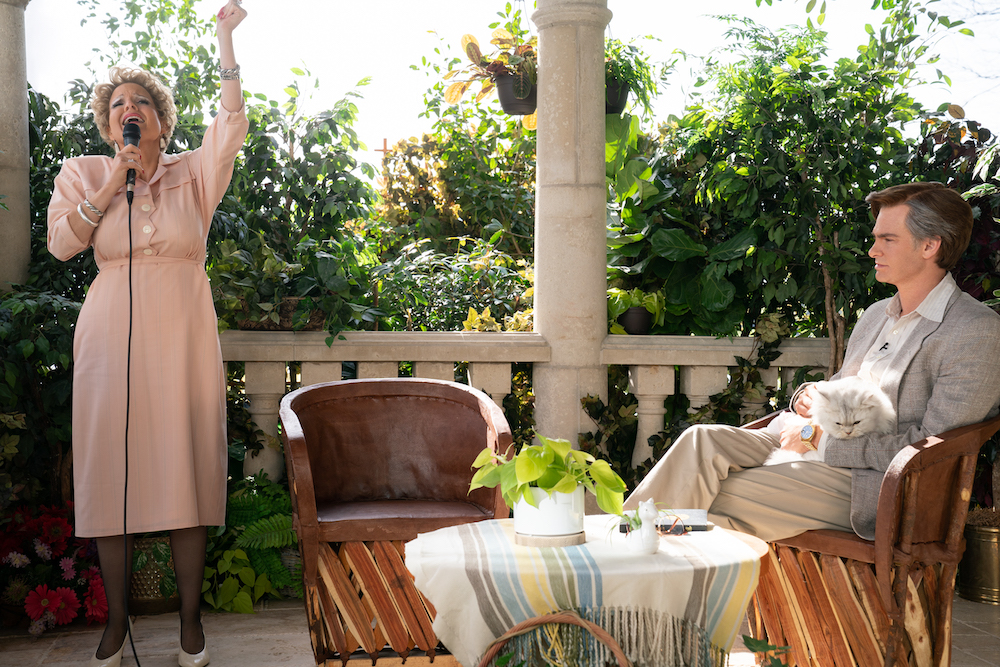 Jessica Chastain as “Tammy Faye Bakker” and Andrew Garfield as “Jim Bakker” in the film THE EYES OF TAMMY FAYE. Photo by Daniel McFadden. © 2021 20th Century Studios All Rights Reserved.

Beyond trying to get at the heart of Tammy Faye as a woman, the movie also tries to get to the heart of a marriage.

“I really wanted to focus on how Jim and Tammy Faye’s marriage is a metaphor for so many marriages – that’s what keeps them relatable. Two people get into a relationship young, they make a bargain, try to build a life together and for whatever reason, things go south and fall apart. This is the story of an American marriage – just on a Christian broadcasting network with a theme park as a backdrop,” says Silvia.

The Eyes of Tammy Faye is both surprising and heartfelt with the themes of sin and salvation cutting deep. In a scene late in the film, Tammy Faye tries to re-establish herself as a television personality only to get shot down. It was truly heartbreaking to watch.

“She lost her connection with God when she lost her audience. There’s a part of her that thinks she’s lost her salvation. Her audience was love reflected back at her and was proof of God’s approval. So the scene where she’s got to get back in front of the camera again, is her seeking her relationship with God again. She says, ‘The camera is a person. There’s a person in there and I can reach them and show them God’s love.’ And everyone loves puppets, right? It’s all done with this Tammy Faye Bakker guileless whimsy. It’s so beautifully and humanly misguided.”

The Eyes of Tammy Faye opens in theaters on Sept. 17.