Queenpins is a quirky crime comedy inspired by a trio of women who made millions of dollars in an elaborate coupon scam. Married writer/director team Aron Gaudet and Gita Pullapilly have a background in documentaries and journalism so when they stumbled upon this true story after visiting an FBI website, they knew they had the potential to make comedy gold.

The movie centers around Connie (Kristen Bell), a bored suburban housewife who wants nothing more than to have a baby. But after four rounds of IVF, she and her husband Rick (Joel McHale) find themselves tens of thousands of dollars in debt with no baby to show for it.

As her marriage sours, Connie turns to her vlogger gal-pal JoJo (Kirby Howell-Baptiste) for support. Both women are broke and searching for something bigger in their lives. Together, the ladies hatch a bold coupon scheme that quickly earns them millions of dollars.

When Aron and Gita started doing research for their screenplay Queenpins, they found the name of the real-life detective who handled the case that made Arizona headlines. They called him right away and then drove to Phoenix to interview him. The detective showed them photos from the case and some of the counterfeit coupons the women had used.

But Aron and Gita knew they couldn’t stay too close to the true story, especially since there was no book or magazine article to option. Instead, they began creating the story around two fictional, down-on-their-luck women who commit what seems like a victimless crime.

“When we heard the story,” says Aron, “we really loved the whole scam. We really wanted to root for these women. We had ideas about what we wanted to say with this story like not letting people define your worth or feeling undervalued. So we really just used the framework of the scam and the investigation that caught them. But we completely created the characters so there was nothing we needed to get rights for.”

The other thing filmmakers investigated was the power of coupons. “When doing the research, we had no idea that coupons are the foundation for the American economy. If you take away coupons, you will essentially shut down sales and eventually bankrupt your company,” says Aron.

They actually shot a scene where Ken tells a story about how the head of J.C. Penny decided to get rid of their coupons and just have everyday low prices. “He nearly bankrupted J.C. Penney and they lost $4 billion dollars because he got rid of coupons,” says Aron.

Gita and Aaron explained how the purpose of the coupon is to create urgency around making a purchase because there’s a ticking clock on it: the coupon’s expiration date. “I need to get it today because I’m going to save a dollar. It really does affect people psychologically to get them to buy,” says Gita.

With extreme couponing working like a story engine, the filmmakers knew they wanted the movie to be a comedy with a lot of heart. They invented likable, relatable characters to inhabit the story instead of basing the characters on the real women. “We just know from our time in journalism, making documentaries and making films based on people’s lives – the more you dig into someone’s life, it’s not black and white,” says Gita, adding,“People are suffering in a lot of different ways but it can become much more dramatic than comedic and we didn’t want that.”

Surprisingly, writing the script as a comedy turned out to be therapeutic for the couple after Gita’s father passed away in 2017. “We used the screenwriting process to laugh with each other, have some fun in a difficult time,” says Gita. “It was literally part of our healing process. We didn’t realize it until the movie was out that we were telling our story through Connie and JoJo.”

One of the challenges of telling a true-life crime comedy, is balancing the tone. The protagonists are criminals, but they need to be funny and likable, too. So while the characters may think they exist in a drama, the audience needs to see a comedy. To achieve this, the filmmakers mined the humor from the ridiculous situation the characters were in.

“We wanted to keep everything real and grounded,” says Aron. “The world of extreme couponing and postal inspectors  – we knew humor would come from those situations. We would say to Kristen, ‘Connie doesn’t know that she’s in a comedy, she thinks she’s in a drama and every story beat is dramatic to her.” 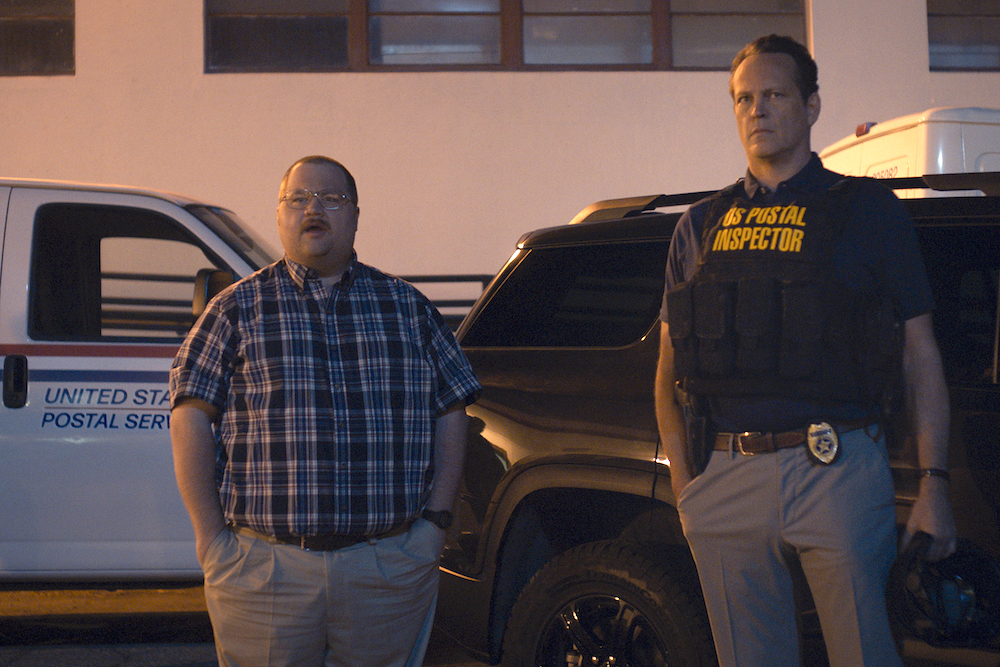 Vince Vaughn plays Simon, a postal inspector who teams up with a Loss-Prevention Officer, played by Paul Walter Hauser. The two play off each other like Laurel and Hardy. Their presence just adds to the humor and natural absurdism in the film.

“Because we come from journalism, we’ve seen that so much of life is absurd,” says Gita. “The choices people make are because of the situations they are put in. When you look at some of the absurd stories we’ve filed away, you think, ‘Of course they would make that decision because they don’t know any better.’”

At one point, the women have so much cash, they try to launder it by buying fancy sports cars, machine guns and taking private jets. Those purchases sound over-the-top, but Aron and Gita knew what the police confiscated.

“They were making so much money! They had more money than a lifestyle in Phoenix could support. The [real-life] detective told us that if you have a lot of cash lying around, violence will find you,” says Aaron. 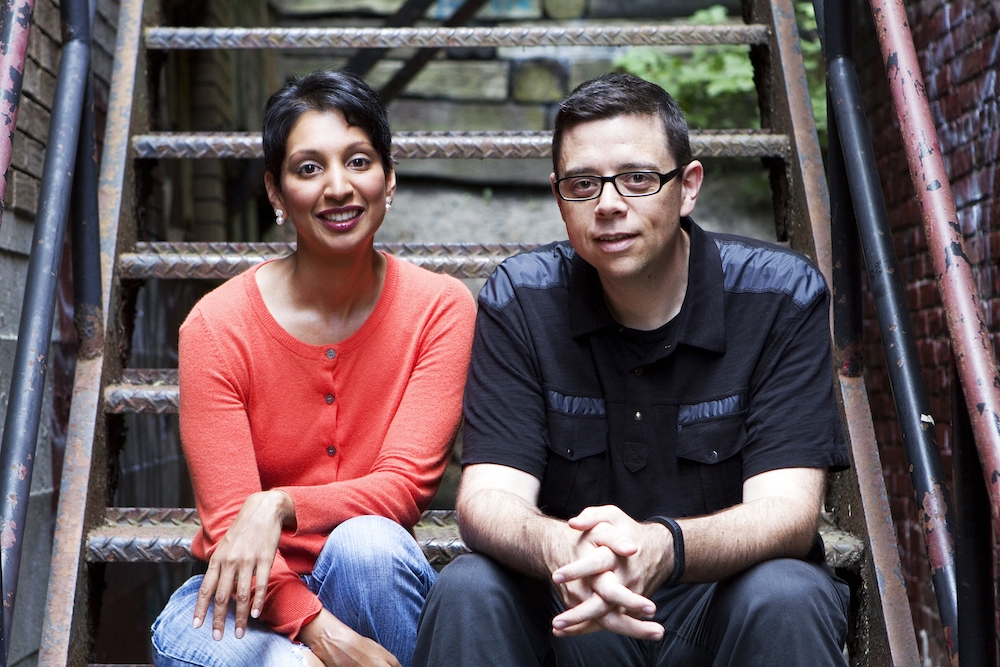 Both Gita and Aron hope the film, now showing on Paramount+, will cheer people up after a pandemic that has stuck around long after anyone had hoped.

“This is a comedy about finding happiness and joy, and finding your purpose in life. We thought, once we finish this movie and get through the pandemic people will watch this movie with their friends and family after going through so much suffering, it will bring a little joy and happiness to their lives.”

It certainly did to mine.

The married couple shared this advice for screenwriters:

“Keep writing and finish a script. An unfinished script is worthless. Even if you have an amazing 50 pages it’s worthless until you finish it and then, if it’s a spec script, you’ve now created an asset that you own,” says Aron. Good advice!

Queenpins is streaming on Paramount+.