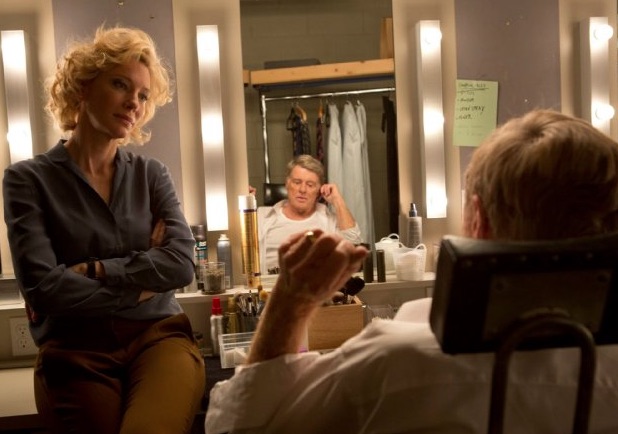 Truth is a film about one of the last major stories CBS news anchor Dan Rather reported on before he retired from a long career as a veteran journalist.

In 2004, president George W. Bush was campaigning for re-election, and the news media was intrigued about his former days in the national guard.

This is where a 60 Minutes team of journalists, with producer Mary Mapes at the helm, started their investigation. What happened after that remains controversial to this day.

Mapes and her team investigated allegations that Bush’s national guard service or what appeared to be a lack there of was covered up by political powers trying to protect him. Her effort to uncover what happened during that era lead to a news report on 60 Minutes that resulted in an apology from CBS and the end of Mapes’ and Rather’s careers.

Screenwriter James Vanderbilt became fascinated with the story years ago and persuaded Mapes to let him adapt her memoire into a screenplay. He never thought the film would get made — let alone with Robert Redford playing Dan Rather and Cate Blanchett playing Mapes.

That and Vanderbilt is also known around Hollywood as the popcorn blockbuster guy, having credits like The Amazing Spider-Man, Zodiac and White House Down under his belt.

So, how did he pull this off? Very carefully, he says in his one-on-one interview with ScreenwritingU.

No Replies to "TRUTH from writer/director James Vanderbilt"