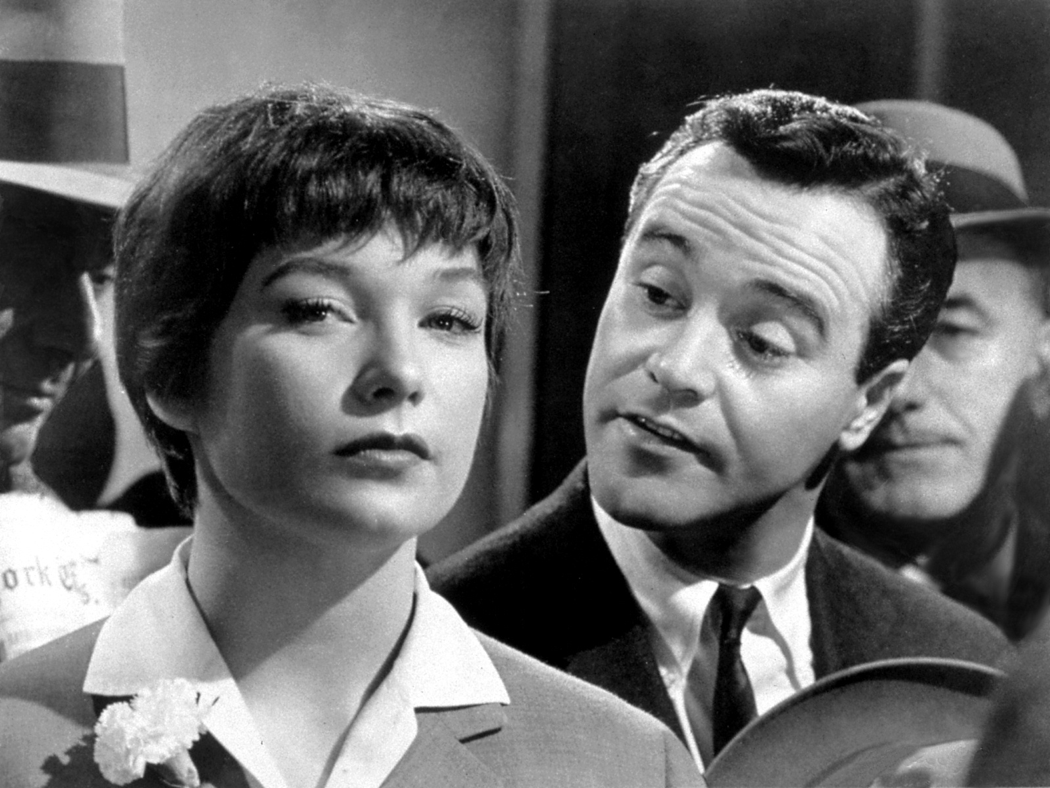 Jack Lemmon asking Shirley MacLaine if she knows where this story is going. The Apartment (1960) Photo courtesy United Artists

Hollywood was once a very different place. In the 30s and 40s, the studios simply put screenwriters under contract and assigned them movies to write. In the 50s and 60s, writers were often independent but afforded a level of trust it’s hard to image today. Billy Wilder began The Apartment with only 26 pages of script, the film was written as it was shot. It’s impossible to imagine anyone, even a Spielberg or Tarantino, being allowed that freedom in the last thirty years.

These days, films can take a decade, sometimes more, to go from conception to completion. With such a long road in front of you, how do you make sure you make the right decisions from the start?

Here are five things to consider:

This is a bit of writing advice that instructors have been handing out forever. It is both wonderful advice, and terrible advice. If followed closely, entire genres would be wiped out. There would be no science fiction, no westerns, no fantasies. Romantic comedies could only be written by the happily married. Taken literally, it is a far too restrictive bit of advice for writers.

That said, if you’re dealing with Hollywood you have to understand that studio executives love nothing more than authenticity. They love hiring lawyers to write legal shows and doctors to write medical shows. Writing what you know can get you through the door. If you have an area of specialty, use it.

But what if you don’t really know that much? Research is the writer’s best friend—even when you’re well versed in a topic. However, don’t think you’re just going to walk into an executive’s office and say, “I researched my script,” and they’ll be impressed. They won’t be. Before your script even goes out, look for opportunities to blog about the subject. They’re looking for experts. Become an expert.

One of the things I noticed in writing workshops was how hard new writers struggled to be original.

Unfortunately, there isn’t such a thing. Depending on whom you listen to there are seven, three, six, or thirty-six basic stories. What we can agree on is that there aren’t very many and they’ve all been told. What you can be, indeed what you should be, is fresh. Don’t try to re-invent the movie. But try and tell a story that hasn’t been told for a long time. Or, tell an old story in a new and interesting way.

Given the long timeline between idea and film, chasing the market is never a good idea. When you get representation you manager or agent will talk to you about the current purchasing trends. “They’re looking for female-driven comedies.” “So-and-so wants a script for Brad Pitt.” “X (usually someone wildly inappropriate) wants to do an action movie.”

If you have good representation they’re hoping you have something like that in a drawer that you can cleanup and take out.

If your rep isn’t so great, they may actually want you to write to market. If you do try to write the kind of movie studios are looking for today, you can be sure they won’t be looking for that by the time you’re finished. And your rep will have forgotten he or she thought it was a good idea for you to spend three months, or six months, or nine months, writing something they now won’t submit. Emily Blunt trying to find her way from bestseller to blockbuster in The Girl on the Train (2016) Photo courtesy Dreamworks SKG.

No. 4 — Understand the market.

It is, however, important to know the market and how it works. You might look at the market and think, super hero movies always sell, why don’t I write my own? Or female driven thrillers are popular, I’ll try that. What you need to remember is that Hollywood makes movies about every hero in the Marvel canon because there’s a built-in audience. Hollywood isn’t looking for scripts like Gone Girl and The Girl on the Train—they’re looking for bestselling books that can be turned into those scripts.

You’re going to be spending a lot of time with your script, possibly years, so it needs to matter to you. That doesn’t mean every script has to be about global warming or the plight of indigenous people. If you love light fluffy romantic comedies, then that’s your passion. Write to that. Write a story you love. If you don’t love your story it will be almost impossible to make other people love it.

The thing to remember, and the reason to think strategically, is that films cost huge amounts of money to make—and even when they don’t they cost huge amounts of money to market. That means what you write has to be commercial. And that holds true whether you’re writing something small and independent or something that might hit the top of the charts.

A lot of writers hate the idea of being commercial. Here’s the way you need to think about it: you’re looking for the intersection of what’s in your heart and what the market will buy. You can find it. It’s there.

What else do you consider before beginning to write? We want to hear from you.

8 Replies to "How to write a successful screenplay: Five things to consider before you even begin"